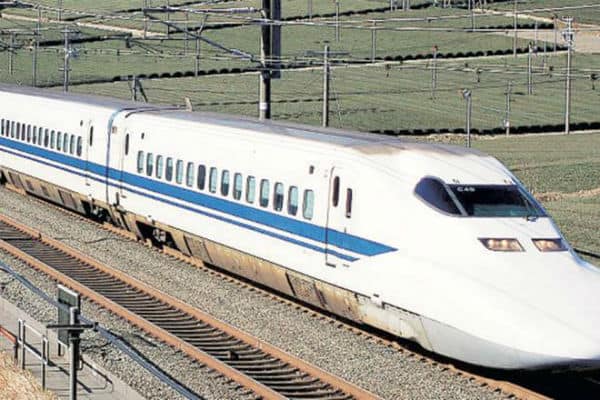 Sriharikota came again in the news when India scripted a new chapter in history when in February Indian Space Research Organization (ISRO) launched 104 Polar Satellite Launch Vehicle (PSLV) in one go. I can say that was the most patriotic feeling of 2017, especially for the tech minds.

Earlier, Russian Space Agency held a record of launching 37 satellites in one go during its mission in June 2014.

Election Commission and Arvind Kejriwal were having a tough fight on EVM tampering. Especially in the month of May when the Election Commission of India has been in the eye of a storm with various political parties. They have questioned the veracity of the entire voting mechanism.

Even Hackathon was also demanded to prove that there have been faults in the whole system. AAP has also started campaigns against EVM using in the elections. The whole row created ripples in the media.

Next on our list is Ahmedabad-Mumbai Bullet train. When Prime Minister Narendra Modi and his Japanese counterpart Shinzo Abe laid the foundation stone for India’s first bullet train project in Ahmedabad critics came up and was all over the media.

The government has said that this ambitious project will provide around 15 lakh new jobs in India and is likely to be completed in 2022. We hope all goes well.

Unsatisfactory work from top tech firm Infosys has become one of the biggest issues. Software provider has won `1,380 Crore deal to develop world largest backend software for GSTN. But the government is absolutely unsatisfied with all the work they have done. The program is full of bugs and technical glitches and is not working properly. GSTN’s functioning was one of the key issues flagged at a September 9 meeting of the GST Council in Hyderabad, leading to the formation of a group of ministers (GoM) under Bihar finance minister Sushil K Modi.

However, Infosys has expanded its team to fix the issue. But you know the damage is done already.

No one wants to cry. But not only India but the whole world cried when Ransomware named WannaCry attacked thousands of computers across the globe. Several attack instances were reported in India also and it leads to an opportunity for all technology companies to work upon new algorithms to prevent such attacks. This incident also leads us people to know about cryptocurrency.

This season IT layoffs were a real burden on all the techies when losing jobs became one of the trends in all leading technologies companies.

Wipro, Infosys, Tech Mahindra, Cognizant to smaller companies were in the news. Troubled engineers also protested in several states. Social forums like Quora and Facebook groups were full of distress queries such as “Is it true that Cognizant is planning a mass layoff in the upcoming months?”, “Why did Cognizant lay off 6000 employees?” and “What is automation and how is it affecting the layoffs in the IT industry?”

This app was making cray because of the anonymity…yes, you got it right….here we are talking about Sarahah…literally meaning honesty….

This app was all in buzz as it provides an anonymous platform to tell your Dil Ki Baat as a constructive feedback. After it rolls out in just two months people went crazy and bombarded messages on each other’s facebook wall. But some people took it to another level too to speak their frustrations out.

The app came out in June and was designed by Saudi Arabian developer Zain al-Abidin Tawfiq. An interesting fact he was once a part of Indian IT firm.

Freedom of speech is our birthright and today’s generation is so expressive on the internet that it took mere seconds to raise a topic.

But in fact, In-toleration was big news this year. India was too intolerant that it shut off the internet for more than 40 times in 2017. The tension was such that it leads to issuing of new rules that allowed shut down in times of “Public safety” or “Public Emergency”. These blackouts were done only because of violent protests in several states including Jammu & Kashmir.

If you are Hollywood fan you surely know what I am talking about. Yes, this world has first robot citizen among us. Recently Saudi Arabia has bestowed Sophia with its citizenship with aim of ‘AI for good’.

The humanoid, Sophia is created by Hanson Robotics which was introduced in Future Investment Initiative platform. And with the pace India is developing in AI sector, I hope India will too get one humanoid soon.

We know this era is all about pen drives, hard-disks, Apps like share it. But who says tomorrow’s technology is no more in demand….Ask one man and he will tell you the importance of CDs. Now Famous Hardik Patel is scoring high TRPs on news channels these days as his $3X CDs are going viral.

Not only this, memes have also become the internet sensation. Yes, people are truly madly in love with the internet because it’s entertainmentX3.