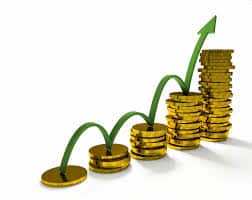 California-based Airbnb, online accommodations hub, has arranged to raise $1.5 billion, sending its value up to $25.5 billion, according to a source. A group of American and Chinese investment funds were involved in the discussions which are aimed at expanding Airbnb’s offerings in Asia.

The funds are General Atlantic, Tiger Global Management, Kleiner Perkins Caufield & Byers, GGV Capital, Horizon Ventures and from China Hillhouse Capital Group and China Broadband. It would be among the biggest corporate capital infusions by a tech firm, among the likes of VTC Uber ($2.8 billion), China’s online giant Alibaba ($1.6 billion) and Facebook ($1.5 billion) before it went public.

APP that protect any physical product from being counterfeit

Niki.ai secures $2 M in Series A round from investors