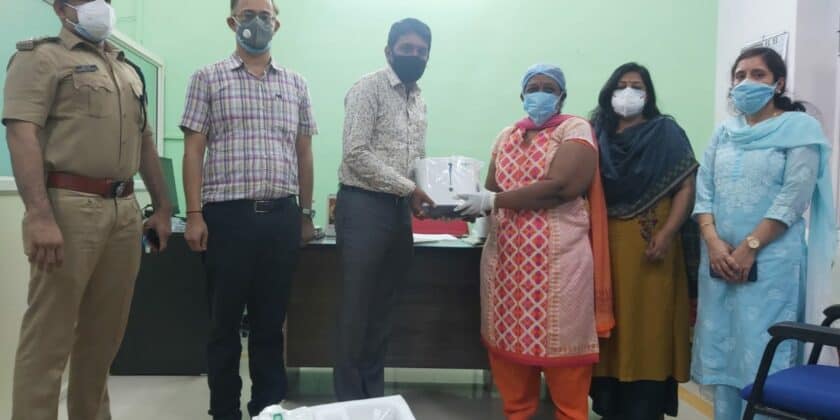 “This was the hour of need as there was emergency, so we have donated these 2 oxygen concentrators to the Railways Hospital at Bangalore as part of our CSR initiative. We thank Rajkumar Dugar, our member, who facilitated the whole process. We also thank our whole team.”

The note from AIT, Bangalore addressed its members and informed them of this initiative from the association.

It is well known that there is the outbreak of the 2nd wave of Corona virus in the country which has caused an extreme level of oxygen deficiency in the patients and oxygen is in short supply. This is despite the fact that the country produces 7000 tonnes of oxygen in its various steel plants per day. However, this oxygen is meant for use in the steel plants itself and hence, there was no facility for its transportation to the hospitals across the country. When many patients began to die not so much of the Corona infection, but because of lack of oxygen, then the leaders of all the steel plants of India decided to divert their oxygen to the various hospitals. However, this transportation is a monumental task as the industrial oxygen is in a liquid form and has to be transported in special containers made for them. On reaching their destination, the liquid has to be converted into gas before administering to the patients. This entire process takes time and hence, even if there is enough oxygen in the country, enough of it is not reaching the patients in time. Some hospitals, especially in the South already have their own oxygen plants but many which don’t have their oxygen plants have suffered in this time of need.

Another way to administer oxygen is through concentrators, which draw oxygen from the atmosphere and pass it on to the patient.

AIT, Bangalore has donated this 2nd option to the Railways Hospital at Bangalore.