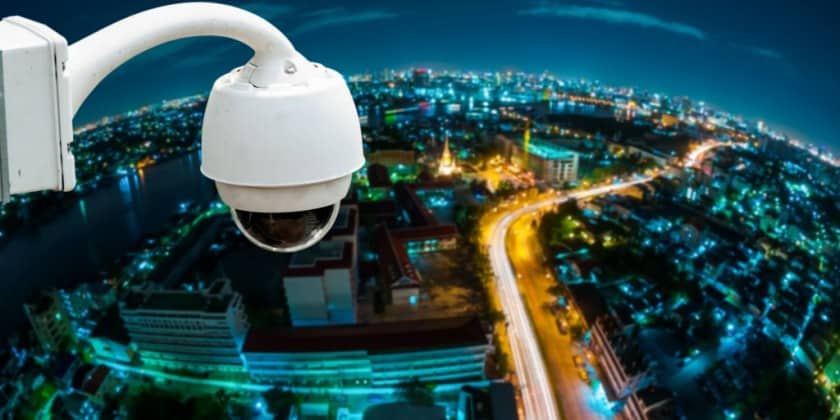 Physical aka Video Surveillance undergoes a paradigm shift in India

Security has remained one of the major issues in India. Even though public security and asset protection has been one of the top priorities for governments and organizations, the changing dynamics and complexities of the metropolis and cities need a closer and critical re-look at the security.
Against the multiple terrorist attacks and violent crimes, the advancing criminal intelligence system, and increasing dwelling of infrastructure across different cities, the demand for smart and intelligent security systems such as videosurveillance systems in India has seen an increasing trend over the last few years.
First of all let’s look back into the history of surveillance. The video security industry is rapidly growing. In order to understand the future of our industry, we need to understand where we started. This infographic highlights some of the key
events of the history of video surveillance. 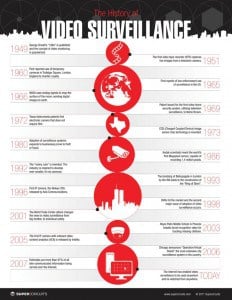 Challenges of Safe and Secure City Formulation
India’s vibrant democracy and healthy amalgamation of the socio-economic and cultural diversity is reflected in its cities. This also gives rise to complex and interrelated challenges that impend the adoption of the safe and secure cities vision. Various interconnected factors such as the urbanization, crime rate, socio-economic landscape, crime against women and children, traffic congestion, tourism, cybercrime, etc. drive the need for a robust security system.

Urbanization and crime rate
India is still growing and still under urbanization. According to the Agglomeration
Index, an alternative measure of urban concentration, the share of India’s population living in areas with urban features in 2011 was over 55 per cent. And thus crime rates are also prevailing. To keep check surveillance is necessary however it is impossible to be everywhere. The States such as such as Delhi and Kerala, where high-density of urban population is correlating to high-crime rates, need immediate actions for transformation. CCTVs can make all the difference when comes to slashing the crime rates.

Socio-economic landscape
Financial and economic hubs such as Mumbai, Bengaluru, Gurugram and Hyderabad and political centres such as Delhi attract more number of crimes and are more susceptible to terrorist attacks. These cities need immediate measures to create robust security framework. While other cultural sites also needed to be guarded to protect the history and culture of the nation.

Traffic Congestion
Widening of cities is resulting in road building, but even so traffic congestion is still a big problem in India. This brings an array of negative impacts including economic loss through delays, vehicle emissions, and increased fuel consumption. New advanced technologies can be used to help curb this problem.

Tourism
India has a vast history and so the tourism spots. World wide visitors visit India based on safety environment too. Therefore cities are also opting for intelligent systems and CCTVs and mobile apps.

Cyber Risks
One of the downsides of cutting-edge technology is the newly emerging, more complex and significantly threatening cyber risks – Cybersecurity attacks have increased exponentially in the last few years. India has already started experiencing cyber-attacks, and it’s going to escalate more and more in the future. Surveillance systems play a key role in identifying and preventing these threats to urban cities.On issue of challenges Yogesh B. Dutta, COO, CP Plus says “Lack of education about surveillance in general is a challenge. There are a lot of myths and misconceptions surrounding surveillance that need to be addressed and that can be done only through education. With the government’s Make in India initiative on the run, the challenges are gradually fading away. Processes are becoming streamlined, and with the government’s emphasis on a Digital India, various initiatives are being taken to educate and train officials, which are, in turn, paving the path for a brighter future. Therefore, opportunities are on a rise”.

NetApp unveils the fourth batch of start-ups for Excellerator Cohort

NetApp has announced the fourth batch of start-ups chosen for the NetApp Excellerator, the company’s flagship…