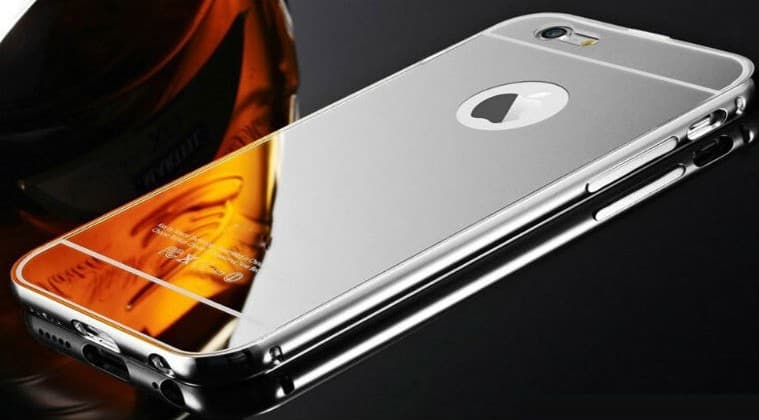 With enough rumours and controversies surrounding the infamous iPhone 8, one more update has emerged about the design of the smartphone. It is rumoured that iPhone 8 could come with a mirror finish and could arrive later this year.

According to Benjamin Geskin, a tipster who has previously posted some of the renders of the iPhone 8, the smartphone will come in a new reflective mirror finish. Geskin has also posted an image of the handset with a mirror-finish case on Twitter as well. The new-look iPhone could arrive in either black or silver colours.

It has been also suggested that the upcoming smartphone could come in four colours and the mirror-finish variant could be one of them. The current iPhone 7 and the iPhone 7 Plus models comes in a total of six colours – Jet Black, Black, Silver, Gold, Rose Gold and Red.

Based on Geskin’s information, the list of colour variants will be cut down from six to three. The fourth one will be the new mirror-finish model.

The iPhone 8 was previously rumoured to feature an on-screen fingerprint scanner. However, a recent report by 9to5Mac cites Apple analyst Ming-Chi Kuo saying that the smartphone would sport a virtual home button but without a fingerprint scanner. The device may come with an iris or face scanner instead for users to unlock the device.

According to a report from Bloomberg, Apple is reportedly testing the facial recognition system as a new security layer for unlocking the upcoming iPhone, tipped as the iPhone 8. The technology doesn’t limit to unlocking the handset but perhaps be used to authenticate payments, launch secure applications and more. The improved facial recognition system is based on a new 3-D sensor.

Posted by: DQC Bureau
View more posts
Tags:Apple Inc, iOS, iPhone, iPhone 8
Apple’s iPhone 8 to flash a mirror-finish design? 0 out of 5 based on 0 ratings. 0 user reviews.
Paytm Mall likely to add 2000 personnel to its workforce
Is the in-flight Wi-Fi Safe?

Hike introduces personalized sticker packs for over 500 colleges across India