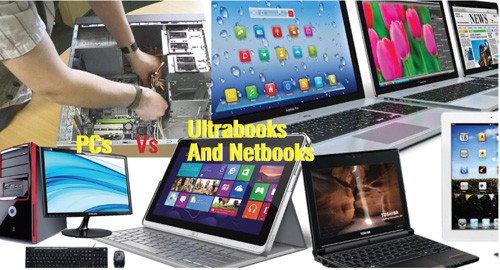 Animesh Yadav has owned a computer hardware shop in Delhi’s Nehru Place since 1987. When he started the business Yadav would himself assemble PCs at his small shop, based on buyers requirements. But two years ago, he quit assembling and started selling readymade branded boxes.

“Earlier people would buy assembled PCs because the branded ones sold at a premium. Now there’s not much demand for white box computers,” says Yadav.As in the case of many consumer durables, the big branded personal computer (PC) makers are slowly eating into the market share of their low-profile unbranded peers. The fancy to own assembled PCs is slowly dying, and consumers who earlier prided their made-to-order assembled PCs with the best set of configurations are now moving towards branded systems. (Assembled or white box PCs are those without a registered brand name and are systems assembled by users from parts purchased separately at retail.)

According to data from the Manufacturers’ Association of Information Technology (MAIT), the overall share of assembled PCs in the market is currently about 20 per cent, down from about 70 per cent of the market in the early 2000s. MAIT figures show that from almost 2 million units sold in 2006-2007, the number has fallen to 1.21 million units in 2010-11 and the dwindling figures have continued in 2x ratio in 2014. In contrast, early years of the decade saw a deluge of assembled or white box PC makers, and had even large, branded players like HP entering the segment. Both commercial and residential users chose those over the few available branded systems, because assembled systems were both easier and cheaper to procure.

PC sales today however are largely driven by portable units. With prices coming down, laptop PCs and its siblings – Ultrabooks and netbooks – are driving more sales than conventional desktops. Even within the desktop PC segment, branded systems are finding more takers than assembled PCs. “The sales that are happening are largely driven by the household segment and small businesses where the ownership of assembled PCs is relatively high,” Sabyasachi Patra, Executive Director, MAIT says.

The segment faced a slowdown in the recent past in terms of Hard Disk Drive (HDD) supply shortage owing to floods in Thailand and subsequent hike in HDD prices, according to Kiran Kumar, Senior Market Analyst – PC at IDC said. “Rupee depreciation and increase in excise duty have further deteriorated the base PC price in an assembled market,” he says.

Experts say that the rise in branded PC sales is primarily because affordability and availability of the products has gone up. “The core strength of assembled PC market remains in its price and reach; largely in desktops. The efforts of branded players to bring down the price differential to a minimum; introduction of All-in-One desktops and an evident shift in the PC purchase towards Portable PCs are countering the growth of assembled PCs in India,” Kumar of IDC adds.

In a country with extremely low PC penetration, PC makers are taking efforts to drive up accessibility and take their products to smaller towns, considering that demand for desktops there is high for those first time users.

Acer, for instance, has specifically targeted smaller cities and towns that have a population of less than a lakh. “We believe the prospects for the growth in these towns are relatively high as IT penetration is extremely low in these regions,” says S Rajendran, Chief Marketing Officer of Acer India . Indian consumers have become extremely value conscious, and do not mind shelling out a little extra to enjoy the advantages that a brand provides such as reliability, assured quality and after sales support. Of late, customers have also begun to realize that the price difference between the assembled and branded PCs are narrowing and hence are opting for branded PCs, he added.

Yet, Chip maker Intel, is bullish on the assembled PC segment. “With time we feel that the market would start to normalize and we will continue to evolve our Technology Provider program,” says Suresh Balasubramanium ,Director – ODR & Local OEM at Microsoft and was earlier Director – Distribution & Local OEMs South Asia of Intel Corporation between September 2011 and 2012.. “The unbranded PC makers are a key component for us in the Indian market,” he added. The company has, for long, been supporting assembled PC makers with chipset solutions and has been taking augment PC penetration. Intel works with channel partners to take the products to potential first time buyers, and currently has over 20,000 technology providers registered across India.

According to him, there is a lot of interest among partners from class B and C cities to sign up as Channel Suppliers. “There are potential benefits of moving the program to upcountry, especially since our national distributors have a special focus on those regions,” Balasubramanium says.

Throughout 2019, technology has continued to have a transformative impact on businesses and communities. From…