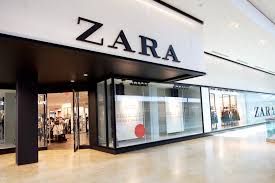 Fashion retailer Zara opened its online store in India, seven years after opening its first physical store. But it’s just in time for the festive season.

Zara, opened its first store in India in 2010, through InditexTrent Retail India, a joint-venture with Tata Group’s hypermarket and department stores company Trent. With competition among fashion retailers gathering pace, this is part of Zara’s parent Inditex’s strategy to beef up its online play. Zara’s closest rival, Hennes & Mauritz (H&M), also announced that it will open its online store in India soon.

Through its online store, customers will be able to buy the full range of goods that Zara offers in its physical stores. Standard deliveries will be charged at around Rs 300, while orders above Rs 4,000 will be delivered free. At the backend, Zara has been working with a warehouse in Haryana.
Last year, the retailer said the average spend per customer online was higher than in stores globally. In India, it aims to open fewer but bigger stores in prime locations, while H&M has been more aggressive about foraying into smaller towns. Zara operates around 20 stores in the country. In comparison, it operates around 200 stores in China.
Entry of brands such as H&M and Gap has made Zara slash its prices in India.
In 2016-17, it clocked sales of around Rs 1,023 crore, which has made it one of India’s largest international apparel brands. In comparison, H&M reported sales of Rs 704 crore between December 2016 and August 2017.

GolfLan Technology Solutions announced their growth to South Africa market. This strategic extension into the…

Uber announced the launch of PREMIER, a superior ride option at economical fares everyday. With…

TomTom (TOM2) has inaugurated its latest Traffic Centre at its Centre of Excellence in Pune,…