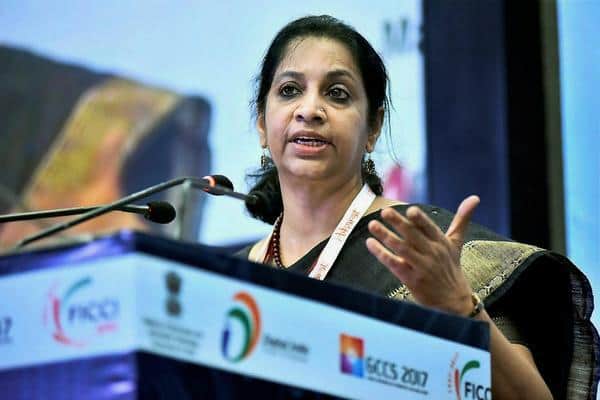 The completion of phase 1 of National Optic Fiber Network, re-christened as BharatNet, was announced by Aruna Sundararajan, secretary, Dept of Telecom in the presence of Manoj Sinha, India’s telecom minister; and Sanjay Singh, CMD, Bharat Broadband Nigam Ltd, the nodal agency driving BharatNet deployment. Termed as one the largest infrastructure projects globally that aims to digitally connect 250 thousand villages (gram panchayats) across the country and bring them onto the Digital India bandwagon, the project was originally launched in 2012 during the previous Congress government. Unfortunately, its very slow progress, often running into challenges of technology, business sustainability, implementation, and lack of executive leadership had become the topic of ridicule and criticism in the industry. It was only after Prime Minister Narendra Modi taking charge in mid 2015, that a new focus and thrust was decided for this project on which the future of Digital India depends to a great extent.

Aruna Sundararajan and Sanjay Singh announced that with the completion of the first phase, 1.1 lakh villages are connected and are service ready, on 2.55 lakh kilometer high quality fiber that has been laid out. Speaking at a function organised to felicitate the contribution of people and organizations behind Phase 1, Sundararajan said that “My ministry and its various departments directly involved in BharatNet deployment – DoT, BBNL, USO Fund, BSNL, C-DoT, CSC, NIC, ITI, Railtel, and PGCIL are now working as team to ensure that the second phase of BharatNet, aims to deploy internet infrastructure in the remaining 150 gram panchayats by December 2018, against the target of March 2019.” During the last few months, when Phase 1 project completion work was going full steam, there were days when almost 800 km of fiber being laid daily, informed Sundararajan. Organizations including BSNL, Tejas Networks, ITI, C-DoT, Finolex Cables, Vindhya Telelinks, and Sterlite Technologies were specially recognized and awarded for their role behind the successful completion of BharatNet Phase 1.

Originally started as a Rs 20,000 crore project, the Government has now upgraded the sanctioned funding to over Rs 72,000 crores for BharatNet. In Phase 2, not only another 2.5 lakh kms of new fiber will be laid for connectivity, but there are plans to also use aerial fiber deployment, and radios. iFor technically challenging locations satellite technology in more than 5,000 locations has been identified. According to Sundararajan, the tender process for the second phase has already started as BSNL has already floated its tenders. From 38,000 Wi-Fi hotspots now, the plan is to have  to over half a million by December 2018. To ensure timely completion of Phase 2 of BharatNet, the government is also considering financial incentives to good performers and disincentives for those lagging behind.

“Besides completing the remaining gram panchayats, the big focus of BharatNet Phase 2 will be the the utilisation of the network”, said Sanjay Singh of Bharat Broadband and Administrator, USO Fund. The focus will be on services delivery in these 1 lakh villages for which several private telecom service providers including Airtel, Vodafone, Idea and Reliance Jio, have given their commitment and are working on pilot projects. It was recently reported that Indian Government was planning to offer a Rs 3,600 crore subsidy to private operators for connecting rural and semi-urban India. The more encouraging sign is the commitment from State Governments, eight of whom – Maharashtra, Gujarat, Chhattisgarh, Andhra Pradesh, Telangana, Tamil Nadu and Jharkhand – have decided to drive the roll-out of the second phase of BharatNet in their States, with tech support and some funding from the Central government. Minister Manoj Sinha congratulated all the stake-holders on this critical achievement, and said that a major milestone has been achieved in the Digital India journey.