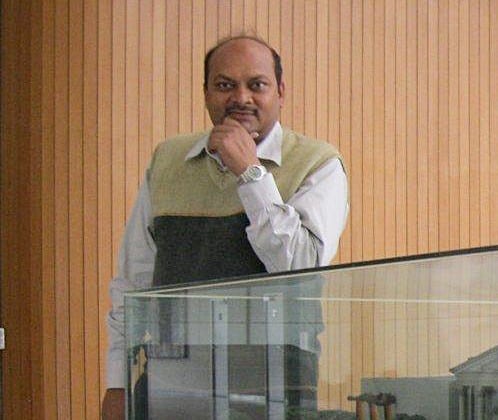 Astric’s P.K. Sinha is not just one of the biggest names in IT in Bihar, he has carved out a niche nationally too

Established in 1992, Astric Computers is a leading name in the IT channel business in Patna. Lead by Prabhat Kumar Sinha the company has successfully established itself and is recognized as one of the most steadily growing companies in the region.

Sinha, who is a computer science engineer by profession, launched the company along with his two friends-Pravin Kumar and Rajeev Ranjan. Launching the company was itself a bold decision for the three young entrepreneurs as they were about to tread the path where few dared to go as the IT industry was at a nascent stage then.

Sinha, who is a computer science engineer by profession, launched the company along with his two friends-Pravin Kumar and Rajeev Ranjan. Launching the company was itself a bold decision for the three young entrepreneurs as they were about to tread the path where few dared to go as the IT industry was at a nascent stage then.Established in 1992, Astric Computers is a leading name in the IT channel business in Patna. Lead by Prabhat Kumar Sinha the company has successfully established itself and is recognized as one of the most steadily growing companies in the region.

Sinha completed his intermediate in science from Magadha University and took admission in computer science at Siddaganga Institute of Technology (SIT) in Karnataka. After completing his engineering, Sinha decided to take on the responsibility of his parents and stay in Patna. “After engineering college the big question was what to do in Bihar in IT field as scope then was very limited. I was in a dilemma, whether to opt for a job or start a business,” he said.

It was during this phase of his life that he with his friends, Kumar and Ranjan decided to start a business. And now the challenge was how to start it, as they had no background nor had any previous experience in business. “We were completely unaware of managing a business or its related tricks. Therefore we did all the necessary research and calculations beforehand,” he informed.

Finally Astric was inaugurated in April 1992. Astric was a support and service providing company in IT hardware and peripherals. “Kumar worked at a company in Bangalore which used to provide computer training and solutions. He had gained good experience from there and we decided to use the experience in Patna under our own banner,” Sinha elaborated.

Initially, Astric had to depend on pure trading; opportunity came knocking in July 1992 when TVS-E was in search of an experienced dealer who could handle sales and service of their products in Patna. “We took this opportunity but since we were novice it was not an easy task for us,” remembered Sinha. He then used his TVS-E sources in Bangalore, which he developed during his engineering project, and convinced the printer major and bagged the deal. “That changed everything and we never looked back again,” smiled Sinha.

The new role gave Sinha and his partners the required knowledge and experience in support. The rich customer-base of TVS-E helped them to improve their own client base. “We had our focus on service and our motto was service first and sales will automatically happen, as it would help us to win customer’s satisfaction and confidence. Also, we did transparent business which helped us to gain market confidence,” stated Sinha.

It took three years for Astric to establish itself as promising IT service providing company. In order to expand their business operation and product line the company partnered with Redington followed by partnerships with HCL, HP and Epson. Astric also became a service partner for these brands.

With the advent of the new millennium, the entire country witnessed a tremendous change in technology and communication industry. The industry saw many leading partners getting into solution providing. “We had a knack for solutions from the beginning and gradually we developed our skills and expertise and were ready to become an integrated solution providing company,” informed Sinha. In July 2006 Astric launched a parallel company-IT Zone, for providing integrated IT solutions.

Starting with a small office with just five people, today Astric is considered to be among the fastest growing companies in Bihar. “Our ultimate desire is to take Astric to the top most level where any young professional would dream to join it, giving it preference over other MNCs or government jobs. Sinha’s passion for IT gave him a vision to achieve. “I have a unique vision too. This is our one point agenda that in the next five years Astric will be dedicatedly involved in spreading IT to the remotest corners of Bihar,” he added. According to him the local state government is also very aggressive in introducing e-governance within the state in a big way, “We want to support this mission with all our resources and technical expertise.

His fervor has helped him to achieve one major feat. He was appointed as honorary member of the Apex Committee (the highest authority of the government of Bihar on science and technology) on e-governance headed by the chief secretary to the government of Bihar. He also guides aspiring students in IT and prepares them for competitive exams. “I do this completely free of cost as I feel it is my commitment towards the society,” he explained.

“I want to be patient like a vulture”- Saket Kapur

From Services to Entrepreneurship- Kailash Gupta

From a humble beginning as an R&D engineer, Kailash Gupta today is one of the…

The Man Who Found Compatibility in IT

Read the growth story of Pramod Rajpal, CEO, ProDot Group in his own words To…