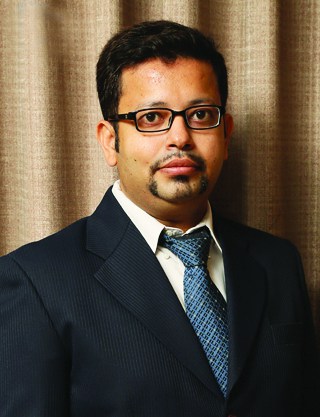 With over 200 employees, Mr. Ameen Khwaja is a true source of inspiration for entrepreneurs. Mr. Kwaja began his professional life as a sales manager, after completing his engineering degree from Bharatiya Vidyapeeth. He was always interested in analytics. This led him into digital marketing. After trying his hand at this, he decided to found his own company in October 2014, LatestOne.com, of which he is the CEO. He has seen many ups and downs and has struggled in the competitive IT market to rise to success from simple beginnings.

LatestOne.com is based in Hyderabad and is India’s only e-tailer, which specialises in tech and mobile accessories. Be it Bluetooth devices, mobile covers, tablet accessories, cables, power banks, Android TVs, headsets, smart watches or CCTV’s, it stocks over 10,000 different products in its inventory and operates through its own warehouses. After building the technology and setting up processes, Latestone.com commenced operations in October 2014 and commands an average of 4000 orders per day. The site receives over 3.5 Million visitors in a month and till date has shipped / delivered more than one million orders since the commencement of operations.

Research before Becoming the CEO

Before he began to toy with the idea of establishing his company, he researched on the potential of on-line mobile and computer accessories market and discovered its value of Rs.3000 crores for the year 2012. Then his ideas started shaping up in an incubation center along with Mr. Palem Srikanth Reddy. They decided to explore into on-line mobile and computer accessories owing to the market size and growth opportunity, as there was no other specialized e-commerce player in mobile and tech accessories niche vertical by then.

The Challenges in Journey

He faced the challenge of increasing per day orders from 100 to 4000 and to provide excellent online shopping experience to our customers. This was obviously a tall order. He worked hard to make sure that LatestOne.com website performed up to the mark and was fast enough on 2G network. He decided to focus on the website performance as his main challenge and aimed to increase his orders to cross the 5000 mark.

Says Mr. Khwaja, “The new foreign direct investment (FDI) regulations in e-commerce from Department of Industrial Policy and Promotion (DIPP) will ensure that performance driven companies will succeed against funding driven companies. This will also give the funded companies like LatestOne.com a great chance to succeed on a level playing field. LatestOne.com follows an inventory-based model, and about 60-70% of the sales comes from its own private label brand PTron. The company operates through its warehouses in Delhi and Hyderabad, delivering tech and mobile accessories to over 19,000 pin code locations in the country.”

Three Qualities an Individual Should Have to Succeed

One Habit that Makes him Productive