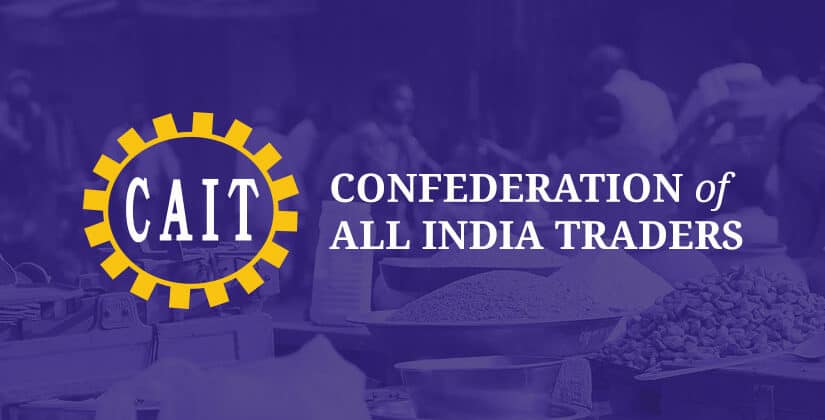 The Confederation of All India Traders (CAIT) has complimented Commerce Minister Piyush Goyal for notifying the formation of a National Traders Welfare Board by the Government through a gazette notification of 29th July 2019. It’s a landmark step of the Government through which 7 crore traders in the Country stands empowered with a greater sense of dignity by stamping their authority as the major stakeholders in India’s economic landscape-said CAIT.

As per gazette notification, the Board will identify policy measures to achieve the object of the welfare of traders & their employees will suggest simplification in Acts & Rules applicable to traders. It will also recommend reducing the compliance burden of traders and find ways to improve access to funds for traders. The Board will also make recommendations regarding social security benefits like insurance, pension, healthcare for traders and their employees.

CAIT National President B.C.Bhartia & Secretary-General Khandelwal while appreciating the much-awaited step of the Government in furtherance of the announcement made by Prime Minister Narendra Modi on 19th April, 2019 while addressing a Traders Rally at New Delhi which is held by CAIT, said that the Board is expected on the one side to resolve the issues of the traders whereas on the other side it will penetrate the program and policies of the Government down the line across Country. The Board is also expected to make constructive efforts for digitalising the 7 crore traders for easy compliance, widening the tax base and adoption of best business practices.

Both Bhartia and Khandelwal suggested that once the Board is formed, the first task should be to conduct a nationwide survey about the size of the trading community of the Country. Currently, as per an estimate, the retail trade in India is of about Rs.45 lakh crore per year and the non-corporate sector is contributing 45% to GDP while the corporate sector is contributing only 15%. The Board should also work for streamlining the domestic trade and exploit its potential of the business community for better growth in trade. Special emphasis should be laid on the encouragement of women entrepreneurs and much better exports by the traders to other Countries

Shubh Loans has announced the appointment of Dr. Venkatesh Madyastha as the Chief Data Scientist.…

The Toro Company announced the launch of its first technology center in India. The Company…