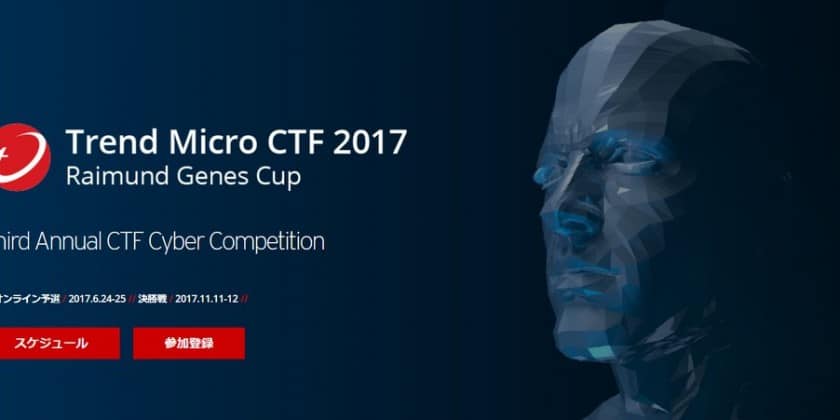 “Our goal is to support and strengthen the skillset of professionals entering the industry to better prepare and protect against today’s most pressing threats,” said Eva Chen, chief executive officer for Trend Micro. “To accomplish our mission of making the digital world safer for everyone, we must support engineers in developing and stretching their cybersecurity knowledge in these specific, relevant areas.”

The competition comprises an online qualifying event and finals held in Tokyo, Japan. The online qualifier is in a “Jeopardy” format, challenging players to solve challenges in various categories, such as SCADA, IoT and targeted attacks. The top ten teams from the online qualifier will advance to compete in the final, which will be played with a combination of “attack and defense” and Jeopardy formats. The final winning team will be awarded JPY 1,000,000 (approximately US$8,700), Zero Day Initiative Rewards Program points, and automatic qualification for HITCON CTF 2017 Final to be held in Taipei, Taiwan.

Requirements: Participants must be at least 20 years old

Requirements: The top ten teams from the online event will qualify and receive travel support for attending the finals. Additionally, winners from Egypt National CTF will compete. Each team may have a maximum of four players.

Format: A combination of Attack and Defense and Jeopardy

15,000 Zero Day Initiative Rewards Program points per player (these points result in eligibility for benefits, including a one-time bonus of US$2,000)

Automatic qualification for HITCON CTF 2017 Final to be held in Taipei, Taiwan

“India is an up-and-coming market for us”- Mahendra Negi, Group CFO, Trend Micro

Trend Micro has released its 2019 predictions report, warning that attackers will increase the effectiveness…