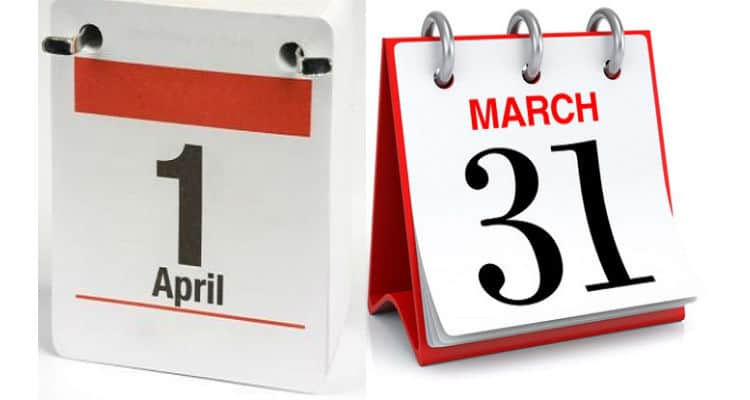 In the previous financial year, GST and Demonetisation were the cause of great instability for the Indian economy. As it was not one of the well-accepted notions and had a negative effect on the growth of the nation; where IT channel community is no different.

While experiencing the turbulence in the previous financial year, some part of the market sailed and some struggled to sail through. Though, growth is what everyone looks forward to in the new financial year.

What issues affected the IT business in the previous financial year?

The last fiscal year was a mixed bag on an average; as few businesses mounted and few dipped. To further apprehend it, we conversed with various eminent people from the channel community.

Limesh Prakash of Enjay IT while talking about his business growth in the last financial year said that it was one of the best years for his business in the last 5 years. The latest technologies, such as CRM, Tally on Cloud, Call Center Solutions are performing really good. Also, the customers are very optimistic about these new-age technologies and solutions.

Manasi Saha of Macaws also said that though GST impacted the Top Line of her Business, they did well as far as the bottom line is concerned. She stated, ‘In the year 2017, Macaws has done quite good as per as SOPHOS range Products are concerned. We transformed ourself from a security vendor to security solution Provider. In this tenure, we have grabbed a couple of big orders from Banking and Manufacturing sector.”

While on the other hand, Harinder Salwan of Tricom Multimedia said that the biggest challenge his work faced last year was of cash flow for the daily business activities. Along with a delay in payments from customers due to the non-availability and strict control on the finance from the financial sector to the corporates.

He commented, “The effects of demonetization were really not affecting the software segment of IT as there is absolutely no cash flow in our workflow. Moreover, the implementation of GST was showing its impact when most of the IT vendors had held up billings during the launch. Even today, we observe that the true spirit of the implementation is not showing up as some vendors are using HSN for SAC codes and raising e-bills for SAC items. It depicts how faulty the implementation and understanding of the GST is. After 3 quarters, the council is still debating and finalizing the process of filing the returns.”

Saket Kapur of Great Vision also added that because of GST, channel partners had to experience a lower turn-over. However, the future seems to be positive.

Furthermore, Paresh Shah, CEO, Allied Digital discussed on similar patterns. He believes that previous financial year saw some financial turbulence in most organizations. Paresh stated, “The second quarter just started picking up but the last quarter was tough due to changes in the macroeconomic level. We have, as a result, seen delays in decision making and spending cuts. As cloud adoption is increasing, people are still reviewing certain technologies such as IoT and AI for their applicability. Cybersecurity has emerged as a major challenge for the CIOs, who are trying to get better control to secure their environment.”

What are the expectations of channel partners from the new financial year?

After vocalizing the ups and downs of the previous financial year, let’s move on to the new financial year with hopes, expectations and plans.

If we take Limesh’s words into consideration, then this financial year will be more fruitful; as GST problems will get solved. He added, “I think the growth in IT Segment will continue for next few years. This is because the mindset of SME is undergoing a radical change. Even with demonetization and GST implementation, India is moving towards a level playing field for all. With focus shifting from “how to evade tax” to how to grow business and growth, I think this is the best time for IT Industry “

Manasi also believes that once the GST impact fades, the business will be on a much stable ground. She further plans to work on a few technologies including DDoS, Synchronise security, Cloud security, Encryption, Mobility, Anti Phising, Machine learning and APT.

With stabilization and growth being the focus for the new financial year. Paresh too didn’t miss out on mentioning the same. He adds, “We see an exciting new year, with new opportunities in areas such as cloud migration, IoT, Migration and automation. The transformation projects will thus continue with more rigour than ever. The government projects will pick up full steam this year. IoT will gain centre stage by the end of the financial year. So current year looks quite promising”.

The future seems promising with a lot of success in store for the market. “As the needs of the customers have changed and the adaptation process was slow. Now, the internal structure is being prepared in a way to meet the present day needs. To grow by 50% during the current financial year,” quoted KV Jagannath, Choice Solutions.