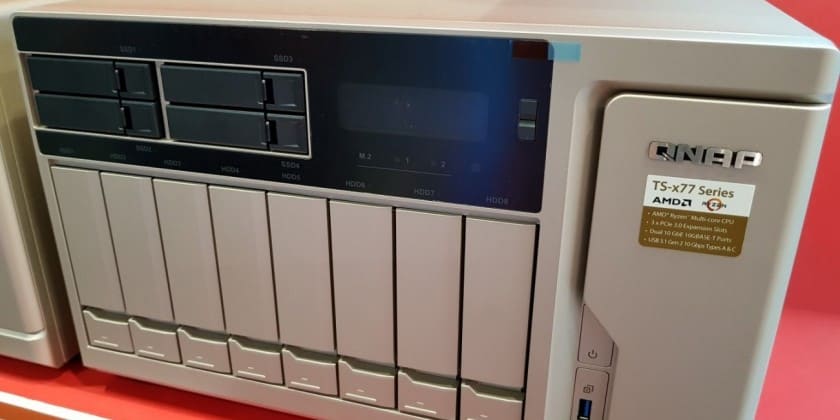 Amidst the cutting-edge innovations in NAS, networking, and IoT presented by QNAP Systems, Inc. at COMPUTEX 2017, the announcement of the world’s first AMD Ryzen-based NAS took center stage and underlined QNAP’s commitment to push the boundaries of NAS performance and functionality.

The new TS-x77 series leverages the incredible power of Ryzen, featuring processors with up to 8-cores/16-threads with Turbo Core up to 3.7 GHz to greatly boost virtualization performance. The TS-x77 is designed as a high-performance, highly-capable tiered storage geared for I/O intensive and virtualization applications, and also supports AMD Radeon™ and NVIDIA  graphics cards to satisfy resource-demanding video editing and playback.

The TS-x77 series features an excellent combination of hardware and software that delivers high expandability, high reliability, and all the tools necessary to satisfy IOPS-demanding workloads and multitasking.