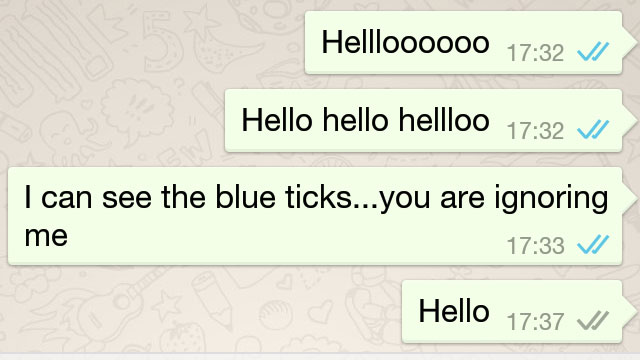 In an unusual step, the Rohini Civil Court in Delhi accepted the blue double-tick sign in a WhatsApp message as valid proof that a case related notice had been seen by the message’s recipients.

A man served the notice to five people including his son, daughter-in-law, her parents and her friends through WhatsApp in connection with a family dispute.

He then took the colour printout of the sent message with the blue double tick — which indicates that the message has been read — visible in it. As reported by the Indian Express, Senior Civil judge Sidharth Mathur accepted the printout as proof that the notice had been read by the recipients.

The man who lives in Model Town in New Delhi had filed a complaint on 6 May requesting that his son, daughter-in-law, her parents and her friends be restrained from trespassing on his property. To save time, the court had suggested that he send the notice to all of them through WhatsApp.

“I have gone through the record. The conveyance deed… of the suit property is in the name of plaintiff which makes him the exclusive owner… The defendants are restrained from trespassing into the suit property without due process of law till the next date of hearing. Though the defendants No. 1 to 4 have been served via WhatsApp, but still I deem it appropriate that they be served once again. Accordingly, issue fresh summons to the defendants No. 1 to 4 on filing PF/RC returnable for 24.05.2017,” the Court’s order said.