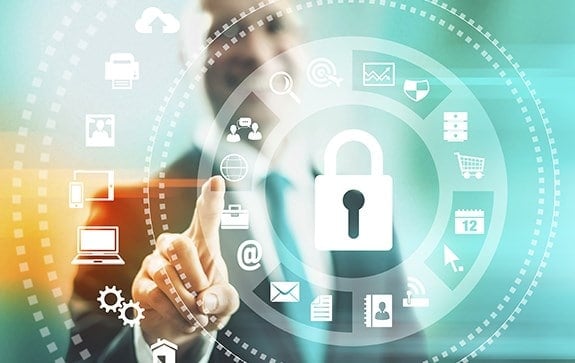 Become a Cybersecurity Strategist for India’s Top HNIs and Influencers

Cybersecurity’s skill gap in the industry is growing and attacks like identity theft and phishing have become top threats. After the Facebook scandal that cost the company heavily, not just economically, but also in terms of its user-base, compliance policies like GDPR are making frontpage on a regular basis. But, even with all these guidelines in place, digital security and privacy of an individual or an organization has never been more vulnerable.

Even after the General Data Protection Regulation was introduced, there are several tech giants like Facebook, Google, Yahoo, and Amazon that don’t fully meet the requirements of the policy. This implies that a cyber threat is still imminent. We see a lot of news about organizational data leaks, but there is barely any talk about the security concerns of high net-worth individuals (HNIs) or influencers – government officials, CEOs, top-level professionals, sports and movie stars etc. In fact, there have been several security breaches this year that have compromised the data of over 12,000 influencers in the US. The data that was stolen includes highly sensitive and personal information that could lead to identity theft, password reuse attacks, and a whole arsenal of security concerns.

Now the question is, if such large-scale privacy attacks can take place in a highly privacy-conscious country like the US, isn’t India even more vulnerable?

India is home to the fourth largest population of millionaires in the Asia-Pacific region. This includes almost 220,000 ultra-rich individuals whose combined wealth is equivalent to almost $900 billion. Imagine a serial attack on these individuals. It could lead to these individuals becoming vulnerable to harassment, abuse, and even the violence of ‘swatting’. Not only could an attack harm the individuals whom the attack is targeted on, it could also affect the lives of people working under them, their businesses, and their friends and families — the Butterfly Effect, if you may.

Governments and organizations have already started rethinking their cybersecurity strategies which has led to mass hiring of skilled white hat and grey hat hackers. In fact, a skilled security tester or strategist can earn up to INR 780,000 annually. Not only are these opportunities open to top-level professionals like CIOs, CTOs and Team Leads, even entry-level professionals can bag dynamic and lucrative jobs. But, the opportunities don’t stop there.

Just like a physical security detail, a cybersecurity detail is essential for HNIs and top influencers. Consultant and grey hat hackers are already worming their way into roles alongside these VIPs. A career path along these lines will not just offer high pay, because of the dynamic nature of security threats, there will be a lot of learning and strategizing involved. Security hackers are some of the smartest individuals on the planet and going toe-to-toe with them would surely offer great professional satisfaction.

Posted by: DQC Bureau
View more posts
Tags:cybersecurity, Edureka, Facebook, Google, Vineet Chaturvedi, yahoo
Cybersecurity Beyond the IT Industry 0 out of 5 based on 0 ratings. 0 user reviews.
Mark Zuckerberg becomes the third richest person in the world
Ericsson expands the Connect to Learn initiative in India