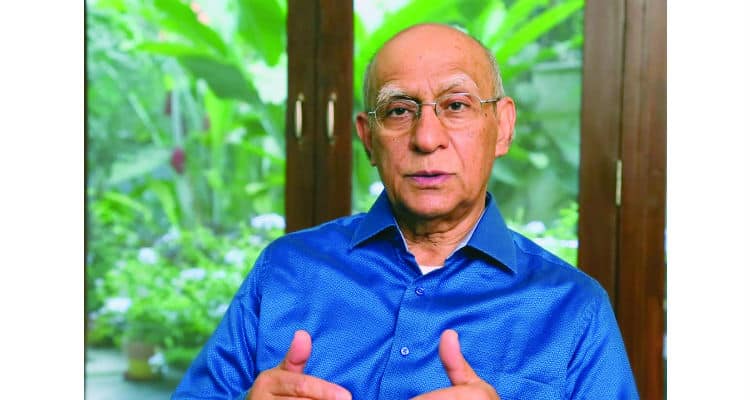 Ashok Soota is a serial entrepreneur and the executive chairman and co-founder of Happiest Minds Technologies. He is credited for building a next generation IT Services company and is widely recognized as one of the pioneering leaders who shaped the Indian IT industry

Dataquest’s theme of ‘Looking back, Looking ahead’ is best seen in the context of the evolution in people practices during the 3 periods or eras that I had the privilege of leading the IT business of Wipro (1984-99), MindTree (1999-2011) and Happiest Minds (2011 till date). Each company in its own days represented state of the art practices and no doubt have also continued to evolve even beyond my time.

One common characteristic of all 3 organizations was a non-compromising focus on governance, integrity and values. Indeed, this is also true of the majority of players in the Indian IT industry, with the two leaders TCS and Infosys setting equally high standards.

I will cover the evolutions through examining the following:

People development and training: The larger companies like TCS, Infosys, Wipro and even MindTree set up beautiful, dedicated training centers. Uniformly, all companies had structured programs covering campus training, soft skills, and leadership skills. Wipro’s program in the latter area was outstanding and I daresay the best in the industry. Knowledge management and knowledge communities became important vehicles for learning from 2000 onwards.

In current volatile times, the focus has shifted to multiskilling and much of the onus for self-development has shifted to the individual with well-designed programs available through learning solutions providers who deliver self-paced programmes through the net. Certification has gained large importance. OSS Cube, a company recently acquired by Happiest Minds, developed a practice of recognizing and celebrating certifications by putting up all these on a wall at the entry foyer. The focus now is to develop not only technical skills but domain skills and global leaders.

People practices: The key developments in people practices were openness and flexibility. Appraisals moved towards self-appraisals, 360° evaluation and transparent visibility of manager ratings and comments. Companies developed an open-door culture, promoting free access to leadership, cutting across hierarchies. Respect for the individual regardless of position or role was enshrined in values and practiced religiously. As technology created a death of distance, work from home policies supplemented flexible working hours. Women-friendly practices evolved, including mothers working for partial days and support structures for children while the parents are at work.

Compensation practices: In terms of compensation, the major shift in approach came for individuals transferred overseas. We moved away from (India salary + allowances) approach to local competitive salary models. As the industry began generating wealth, the importance of stock options came to the fore. Wipro was the pioneer, while Infosys had the first widely distributed programme. At MindTree, we went further with the first 500 employees being covered for ESOPs and at Happiest Minds more than a step further by covering our first 1800 Happiest Minds.

Creating a people brand: As the race for talent intensified, the need for a people brand and investments for the same became clearer. This included consciously creating a “Great Place to Work” which focused on building pride, trust, and camaraderie within the organization. Social responsibility programmes which contributed to organizational pride were taken up well before it became mandatory. At Happiest Minds, even before we became profitable, we committed one million meals before IPO to the mid-day meal programme of Akshay Patra and have already reached 980,000 meals.

Communication: The development of the Internet and social media took communication to a new level of both richness and reach. At MindTree, Subroto Bagchi extended communication to include the families of MindTree Minds through a newsletter called Circle of Life. At Happiest Minds, we had to increasingly engage with media like Glassdoor due to their influence on the people brand.

The future of people practices: Happiest Minds pioneered in India the need to go beyond conventional people practice areas. Our mission statement of “Happiest People. Happiest Customers” is supported by practices which created a culture of gratitude and giving. A holistic approach has been developed for wellness covering physical, mental, emotional and spiritual wellness. All of this has culminated in our program for mindfulness which emphasizes being in the present, thereby developing calmness and higher levels of productivity.

All of the above developments have led to highly skilled, engaged professionals propelling the IT industry to its next phase of growth and leadership.

Mindtree has been appraised at Level 5 in the Capability Maturity Model Integration (CMMI) V2.0,…

Mindtree, a global technology services and digital transformation company, has created an endowment focused on…

Mindtree, a global digital transformation and technology consulting services company, has been ranked in the…