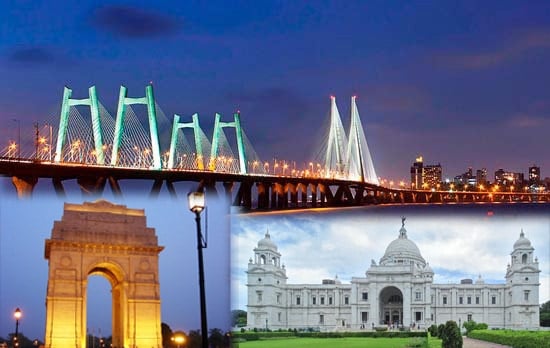 Three Indian cities — Delhi, Mumbai and Kolkata — have been named among the top 20 global megacities in a Bank of America Merrill Lynch (BofAML) report.

Tokyo is expected to remain the world’s largest urban agglomeration in 2030, with Delhi and Shanghai maintaining their second and third positions, respectively.

Eighty per cent of the cities across the world are showing signs of fragility, despite the the fact the 55 per cent of the people live in cities, accounting for $62 trillion of economic activity, according to the report.

The report says that cities across the world are set to be transformed by disruptive technology like broadband, 5G, sensors, Internet of Things(IoT), Big Data, cloud and Artificial Intelligence.

“Cities have become the engines of global economic growth, with economic activity of about $62 trillion per annum (around 85 per cent of global GDP), rising to $115 trillion by 2030,” BofAML said in a research note.

“Our cities are reaching a tipping point on many issues: poor governance and weak institutions, inadequate infrastructure, rising inequality, housing, environmental challenges and new and pervasive risks,” it added.

According to BofAML Smart City Indicator, Singapore, London, New York, Paris, Tokyo, Stockholm, Amsterdam, Seoul and Vienna are some of the “smartest” cities in the world.

Globally, China has the largest urban population at 758 million, followed by India with 410 million and the US at 263 million. The US is among the world’s most urbanised nations as 86 per cent of the population is urban.

The report also noted that the world will have 41 mega cities and 11 meta cities by 2030. While mega cities are defined by a population of more than 10 million, meta cities have over 20 million inhabitants.

Rapid Fire with Ajay Parekh. He is owner of ShreeMaat Computers & General Secretary at Trade Association…

Capgemini and PTC Introduced Center of Excellence in Mumbai