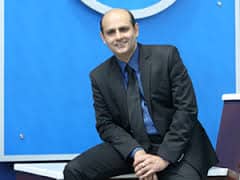 Dell has announced the results of the ‘Speed2Exceed’ rewards program for channel partners. With more than 600 partners participating in this program, Dell announced 63 winners across India. The rewards for the program include Dell Venue tablets, mobile phones, LED TV, Trip to Thailand, Bajaj Pulsar bikes and all paid vacations for 2 in Mauritius. The rewards were stacked in 4 slabs depending on the No. of units sold by the tier 2 partners.

Ripan Kumar, proprietor, G-Net Technologies, one of the winners of the program said, “Programs and initiatives such as these motivate us to be aggressive in our sales and help us stay ahead. We are thankful to Dell for their efforts in making our partnership mutually profitable.”

Anil Sethi, director and general manager, Channels, Dell India said, “We are overwhelmed by the response and participation of our channel partners for the rewards program. We congratulate the winners for the enthusiasm and commitment shown through their participation in the rewards program. Through the initiative we have been able to successfully carry forward our vision of mutual profitability and ensure that all our stakeholders are benefited.”

The Speed2Exceed contest was announced and conducted during the New Year festive period (December 15 – January 31, 2014). The overall response to the program was overwhelming and the sell through units doubled during the scheme period. The program saw participation by over 600 channel partners.

Dell announced an online go-to-market strategy for its small business (SB) customers. With this move,…

Dell, as a part of its three-city PolicyHack series hosted an interactive hackathon, where teachers…