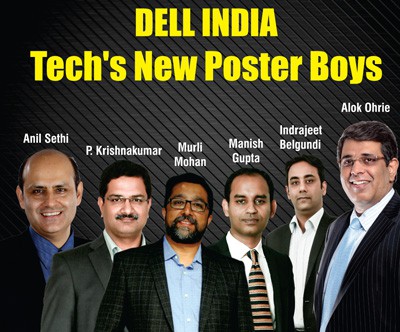 With 30% growth in FY15, Dell in India is successfully transforming itself into an end-to-end enterprise solution player from a PC vendor only

Dell’s recent $67bn acquisition of EMC (the largest ever deal in the tech industry) has hogged the global headlines in the last few weeks. India has not been an exception, with both the business and technology media analyzing threadbare the financial and technological implications of the deal. While this acquisition might signal a tectonic shift in the tech world, the fact of the matter is Dell itself has been undergoing a paradigm shift (albeit successfully) in the last couple of years since going private.

In an emerging market like India, this successful transformation is gradually starting to become visible. But how? To understand this transformation better, it makes sense to look back what happened 18 months back. In September 2013, Dell became private with shareholder approval and subsequently what changed at Dell was accelerated speed and momentum to execute plans to make Dell more responsive towards customers with end-to-end salable solutions. The transformation journey continues for Dell, post the privatization move it took almost two years back. The move seems to have turned out to be fruitful as the PC major put up an impressive show across all business segments, clocking a massive 30% growth in FY15 over the previous fiscal year.

The performance in the last one year throws enough evidence that the decisions are paying off well.

In FY15, the company has stayed focused on acquiring new capabilities, reorganizing back end operations, and optimizing its supply chain. Privatization has brought in the much needed flexibility that is crucial in doing so. At the heart of the company’s ongoing transformation lies its new go-to-market strategy which was initiated in early 2014.

Dell is focused on solidifying its position as an end-to-end player in the changing IT market. FY16 is likely to be an interesting year for the traditional hardware player as it will throw more light into the company’s future strategy and the different choices it will make to ensure success of its end-to-end game plan.

What was a matter of great pride was that it was Dell India that presented the channel led go-to-market to the global team so as to remain more relevant to the market and this was accepted. Thereafter, it became even more critical for the Alok Ohrie-led Dell India team to implement this model successfully in India.

Alok Ohrie, MD, Dell India had then summed up the three key pillars on which the success of this new model depended. This included a dramatic shift in behavior towards the customers by becoming a trusted advisor, maximizing the coverage (on all of enterprise, commercial and consumer front) and improving processes and internal systems to support business growth.

One year down the line, Ohrie reiterates the need to take a status update on each of these three areas. And thereafter analyze the growth shown by Dell India across the board in what Ohrie calls as the “historic 12 months”.

In the overall analysis, nearly two years since Dell made its transition to a private company, the transformation journey continues as the traditional hardware company tries to solidify its position as an end-to-end player in the changing IT market. The move seems to have turned out to be fruitful as the PC major put up an impressive show across all business segments, clocking a massive 30% growth in FY15 over the previous fiscal. Post privatization, strategies were realigned, internal organization was restructured in line with the new objectives, and a bolder road-map was laid out.

Anil Sethi will be overall channel head of the new Dell-EMC entity in India. He…