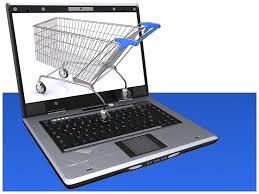 E-Commerce and its impact on traditional distribution channel is the most hotly debated topic in India. Growing inclination of customers towards online portals has adversely affected business margins of small retailers. With online giants like Flipkart, Amazon, Snapdeal and Shop Clues snatching customers from retailers, it seems that E-Commerceis poising threat to the channel. Furious over unlawful practices of online traders, majority of partners termed E-Commerce as ‘Channel killer’. However, there is a section within the industry which feels that channel will survive and prosper.

Prominent partners across the country shared their views whether E-Commerce is killing the traditional distribution channel.

Alok Gupta, MD, Unistal said that predatory pricing by online portals is a major threat to the channel and vendors should take proactive step to control pricing.

“Price cutting is a key factor in online trade. Vendors should control pricing and separate product marketion should be done for online products”, he said.

Gupta also pointed out that unethical practices of price cutting and tax evasion is not only hampering the channel but also affecting government’s tax revenue.

“Government and vendors should jointly come with a mechanism that will safeguard the interests of small retailers and also curb wrongdoings of online traders,” he added.

Kotak said, “System Integrators and dealers are adversely affected due to E-Commerce. We need to find out ways to combat online business. We need to bleed online giants badly.”

He demanded probe into illegal foreign funding being pumped into E-Commerce in India.

“Billions of foreign funding that has been pumped into online business in India should be stopped and government should probe their suspicious business practices”, he said.

Kotak cautioned that if channel distributors are eliminated, online giants would start dictating their terms to customers.

He said, “Government must regulate online business and vendors should control pricing. Venders should understand that it is a channel which brings customers to vendors.”

Various surveys show that E-Commerce is rapidly growing industry in India. According to Assocham survey, the Indian e-commerce industry has grown to $16 bn in 2013, showing a staggering growth rate of 88% from the $8.5 bn in 2012. According to an estimate of eMarketer online trade in India is expected to grow as much as $56 bn by 2023, which will be 6.5% of the total retail market.

VK Bhandari, founder CMD, Supertron Electronics disagreed with the opinion that E-Commerce would kill the channel. He said that it is a time when partners change their perspective and start searching opportunities in challenges.

Bhandari said, “I am fully disagreed with the opinion that E-Commerce will kill the channel. E-Commerce is disturbing the channel. The volume of IT business is very big. The component and desktop market is growing. We need to equip ourselves and start looking at present situation positively”.

He said, “E-Commerce has captured 10 to 15% IT hardware market. Still there are lot of opportunities for the channel. They need to focus on networking and upgrading their businesses”.

Expressing similar thoughts, Atul Mehta, CEO, Compuage said, “With the advancement of technology E-Commerce is eminent. Channel community should not worry about it. Online traders are equally insecure as channel community. It is a deep pocket business”.

Mehta said that time would come when E-Commerce companies start to look into profitability.

Vendors too are price cautious

Dell, one of the leaders in laptops and desktops market said that it is equally price cautious and strongly feels that price cutting is not an ethical business practice.

Anil Sethi, director and GM of Dell said that vendors are equally price cautious as partners and price cutting mechanism is not an ethical practice.

It is to be noted that Lenovo, Gionee, Toshiba and Asus have issued an advisory stating that Snapdeal, Flipkart and Amazon are not authorized resellers of their products.

“Dell does not sell online directly. They are the national and regional distributors who are into online business. Leakages happen in channel itself. We are committed to our partners and we continue to do that,” Sethi said.

It can be concluded that though E-Commerce is hampering channel partners but it is eminent and going to stay. There are certainly some irregularities and unethical practices in online trade such as predatory pricing, tax evasion and fraudulent activities but that will be hopefully get revolved over a period of time. Online commerce is rapidly growing in Indian market and it will become mature in due course. Channel partners are important components of IT business in India and it will stand firm in the storm of online trade.

The story has been authored by Priyanka Pugaokar, Correspondent DQ Channels and The DQ Week