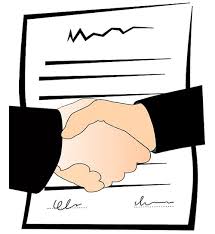 Kozhikode Municipal Corporation secretary Mrunmai Joshi, eGovernments Foundation CEO Viraj Tyagi and Malabar Chamber of Commerce President P.V. Nidheesh were present and signed the agreement to develop the software for the city. The system will be functional in three months post software installation in the corporation office and training of the staff.

The Building Plan Approval system will allow for submission of plan approval, provide instant status update to the end user and avert delays in approving building plan and issuance of permits. A file-tracking system and SMS notification for document verification and site examination would be incorporated in the software. Online payment provision for the scrutiny fees and plan fees will also be introduced. Digital signature of the ULB officials will be used in the online approval of the files.

“Highlights of the software are the unified interpretation of building rules and the facility for file tracking. The software is open-source, and hence no additional charges like license fee or royalty incur for scaling it to other civic bodies within Kerala,” said regional town planner K.V. Abdul Malik.

Mayor Thottathil Raveendran said, “It would be a boon not just to the public, but also the staff and councillors whose workload will come down significantly.”

Kerala flaunts startups, innovation and IT strength at IITF

A range of IT startup innovations, including an underwater surveillance drone, wearable health gadgets and…

An ‘IT’ boost has been administered by Kerala Finance Minister T.M. Thomas Issac when he…

Have to Pee? Go to Smart eToilets now