e-way bill is supposed to reduce complexity of transit during goods transport but it rather have become a tedious process for business owners and transporters to understand. Adding on crashing of the system on the launch date has further created a ruckus among users.

The e-way bill is basically the backbone of the GST process and is aimed to reduce the time and cost of logistics sector as well as of the state officials. The system was designed by National Informatics Centre (NIC) while GSTN is looking after the implementation of the system. The system was supposed to handle 5 to 6 lakh bill entry in a day, but it crashed as 2 to 3 lakh bills were generated in an hour.  However, there is no going back on e-way bill and it will be re-introduced in some time after the system is fully ready; according to a government official. The finance ministry has also sought a report from the GSTN on this matter.

Whereas, politicians have different views on the bill. CPM leader and Kerala finance minister T M Thomas Isaac recently made a statement he said, the state governments should be empowered to decide on implementation of e-way bill based on the nature of the products and the industry.

Every manufacturer should generate e-way bill if they want to transport goods worth beyond Rs 50,000 and 10 Km within the state. In case of the other states, it is mandatory, the minister said.

“The e-way bill can be implemented if the goods would be transported to other states but if it is within state, the respective state governments should be allowed to decide on it based on the nature of products and the industry,” said Thomas.

Meanwhile, transporters and business owners are worried as most of their consignments got stuck and now the date of the re-launch of the system has not been decided yet; this has led to massive loss of crores of money in one day and also paving a way for tax evasion.

Advocating the e-way bill, Tejas Goenka, Executive Director at Tally Solutions said, This is probably the time, when we need to gather our thoughts together, and look at the e-way bill objectively. The current situation notwithstanding, technical glitches should not be the reason, why the long term benefits of the e-way bill start getting ignored, and the potential it has towards making India truly – one nation, one market, one tax – should not be forgotten.

One of the key achievements of the e-way bill will surely be the effective dissolution of state borders. The amount of time wasted at state borders to validate documents with regards to inter-state movements of goods, coupled with the fact that each state had its own format of declaration forms, permits and waybills, was obviously a hindrance to any business which dared to spread its wings, beyond its home state.

Documentation, necessarily meant human intervention, and human intervention kept the scope open for tax evasion and corruption. With the e-way bill coming in, the supplier, the recipient and the transporter will all be on one platform, and with the joint participation of all three entities, one single document, generated with the government’s approval will accompany all consignments and will be valid across the nation.”

West Delhi based Computer Media Dealers Association recently conducted a workshop to understand the process of e-way bill and its compliance. The event held on 3rd February in Indian Habitat Centre. The gathering witnessed presence of 40 business owners who were guided by partners of the AHPN & Associates; a CA firm in New Delhi.

“The purpose of this workshop was to create awareness among traders and members of the dealers association; and we also wanted to know the amendments and additions in the GST bill. People still are not very well aware about the e-way bill and its process and its repercussions.

Traders are still worried about the bill as it’s a very tedious process, especially for the transporters. And I am not sure how it will go about, we are very much apprehensive that transportation cost will go up manifolds.” Said Manoj Khanna, member of CMDA. 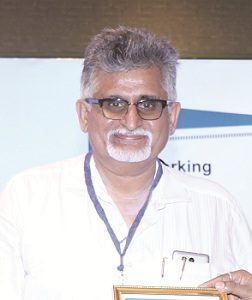 Saket Kapoor, General Secretary of FAIITA said, “We participated in the e-way bill session and indeed it was an enlightening session for any owner driven business. Owner should be aware of the liabilities and responsibilities for the success of their business. By attending this event we have gained that value. E-way bill is a complicated procedure and it needs lot of simplifications. But in turn it will increase the over head of the organization so we need to know the process thoroughly.”

While with all the confusions and complexities, business owners are getting ready whenever the bill will roll-out again. On the other hand state governments are setting different dates for its implementation and bill creation. 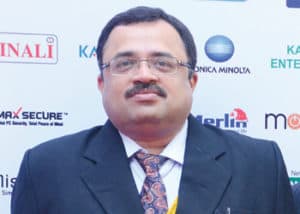 of ShreeMaat Computers said, E-way bill definitely simplify the process of delivery between the states, however problems which are appearing are technical glitches in website and transactions process is what we are concerned about. I hope government is taking some stern measurements so that the website the process will run smoothly.

TAIT had also organized an event earlier in January, to clarify the doubts of the members of the association. The session ‘Transforming The Business’, was guided by CA Kiran Garkar. He explained about E-Way bill in simple language & answered all question of members to understand nitty-gritty of E-Way bill.

Why e way bill is affecting transporters mostly, and how?

Under e-way Bill Rules. Transporter are required to do certain activities such as Filing 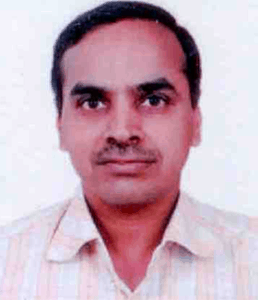 part -B of e-way bill, Preparing e-way bill in case consignor or consignee not prepared the e-way Bill, Prepare consolidated e-way Bill in EWB-2 for all consignment carried in vehicle having consignment value exceeding Rs 50,000 for which E-way bills already filed, Intimating in EWB-4 in case vehicle is detained for more than 30 Minutes and fill vehicle number in part- B of e-way bill if there is change in vehicle during transit.

Can there be any changes by Government that could be done to make the process easier for filing bill?

Government has suspended the implementation of e-way bill with effect from 1st February, 2018 till date to be notified. Yet there is no amendment in e-way bill Rules is notified by the Government. So we have to wait till official announcement for simplification of process.

How can the right software help generate and manage e-Way Bills Easily?

As India gears up to prepare for the next leap in GST compliance – the e-Way Bill, it is time to find out how technology can simplify e-Way Bills for your business. 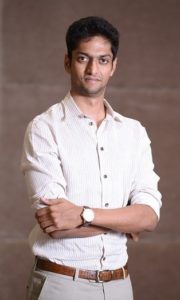 The obvious question on your mind is, “Will e-Way bill impact my business?”

The answer is yes, by and large e-Way Bill will impact your business. Whether you run a big or a small business, are registered or not registered, e-Way Bill will be applicable to you in one way or the other. Since e-Way Bill is a GST compliance mechanism, you must become familiar with it.

What is an E-Way Bill?

E-way Bill stands for Electronic Way Bill. An E-Way Bill is generated by the person causing movement of goods in the e-Way Bill portal. It has to be generated for transporting goods worth more than Rs.50,000 by any mode of transport.

The e-Way Bill is usually a unique bill number generated for the specific consignment. Any registered business, transporting goods in their own vehicle, hired vehicle, railways, by air or by vessel, the supplier or recipient of the goods should generate E-way bill.

Let the right technology manage e-Way Bills for you

The details that are required to record a transaction and generate invoice are required for generating the corresponding e-Way Bill as well. Why would you want to spend time to re-enter all the details again in the e-Way portal? The software you use should help avoid this repetitive activity.

Do you have to re-enter the details again in your software to record the transaction? No. The right software will let you switch between systems. From portal to your software and vice versa.

Depending on the nature of your business, you might be recording transactions for transporting goods frequently. How will you keep track of transactions of value more than Rs. 50,000 for which it is mandatory to generate e-Way Bills? Let your software do that for you. Imagine cases, where there are hundreds of transactions recorded.

In a fast-paced business environment, where you are paying money to transporters for moving your goods, time is valuable. Your software must let you print e-Way Bill Nos. on invoices in a short span of time. You can handover the prints to your transporter who needs to carry the documents while transporting goods for compliance purpose.

What if the vehicle in which your goods are being transported breaks down. You must be able to track the particular invoice quickly and easily in your software, and generate a fresh e-Way for the same from the portal.

The commercial tax department allows invoices to be grouped based on mode of transport, vehicle nos., place of supply or State and generate a consolidated e-Way Bill to make life easy for the transporters.

5 Things You need to know

Why is the e-Way Bill required?

Section 68 of the Goods and Services Tax Act mandates that the Government may require the person in charge of a conveyance carrying any consignment of goods of value exceeding such amount as may be specified to carry with him such documents and such devices as may be prescribed. Rule 138 of Karnataka Goods and Services Tax Rules, 2017 prescribes e-way bill as the document to be carried for the consignment of goods of value more than rupees fifty thousand. Government has issued a notification under rule 138 of Goods and Services Tax Rules, 2017 mandating to carry e-way bill for transportation of goods of consignment of value more than rupees fifty thousand. Hence e-way bill generated from the common portal is required to be filled.

Who all can generate the e-Way Bill?

Who can reject the e-Way Bill and Why?

The person who causes transport of goods shall generate the e-way bill specifying the details of other person as a recipient of goods. There is a provision in the common portal for the other party to see the e-way bill generated against his/her GSTIN. As the other party, one can communicate the acceptance or rejection of such consignment specified in the e-way bill. If the acceptance or rejection is not communicated within 72 hours from the time of generation of e-way Bill, it is deemed that he has accepted the details.

Why the transporter needs to enroll on the e-Way Bill system?

If the vehicle in which goods are being transported having e-way bill is changed, then what has to be done?

Tally Solutions emphasizes on the need of technology for SMEs

Tally Solutions participated in the national conference on GST 2.0 – recent developments and way…