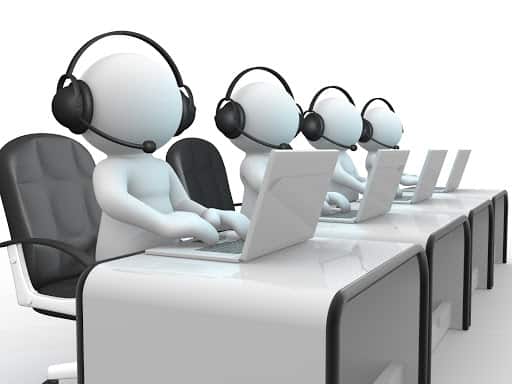 The objective of these schemes is two-fold i) generate employment for the youth in smaller/mufassil towns ii) promote balanced regional growth through investment in BPO/ITES sector. Software Technology Parks of India (STPI), an autonomous society under the Ministry of Electronics & Information Technology (MeitY) is the executing agency for IBPS and NEBPS.

“The BPO Promotion Schemes have received an overwhelming response from the BPO industry. Currently, 252 BPO/ITES units are operational on 47,043 seats under the scheme. These units are distributed across the country in more than 100 cities/towns of 27 states/UTs. Information Technology, telecom, E-commerce, fintech and healthcare are dominant sectors driving the demand for BPOs.  Traditionally, the Indian BPO/ITES sector grew and was centered around a few metropolitan cities. This forced youths from other locations to migrate to metro cities for jobs. The scheme has helped thousands of local youths to get employment at their native places and also helped in attracting investments in the regions. Moreover, it has led to the establishment of BPOs in cities hitherto untouched by the BPO/ITES wave, such as Baitalpur, Mayiladuthurai, Bhimavaram, Majuli and many more”, said Dr Omkar Rai, Director General, STPI

The IBPS scheme seeks to incentivise the establishment of 48,300 seats with respect to BPO/ITeS operations across Tier 2 and 3 cities in India. Similarly, the NEBPS scheme aims to incentivise the establishment of 5000 seats in respect of BPO/ITeS operations in the North Eastern Region. The government provides financial support up to Rs 1 Lakh per seat as Viability Gap Funding (VGF) for setting BPO/ITES operation in non-metro locations through this scheme. The value propositions of smaller cities and support from the government have motivated several organisations to establish their base in Tier 2/3 cities.

Dr Omkar Rai further added, “India continues to be a leader in the global sourcing industry. According to an estimate, India currently accounts for approximately 38% of the global market share of BPOs. The Indian BPO industry is currently pegged at $38bn and is expected to be worth $54bn by 2025.To maintain the leadership, it is imperative for India to unlock the vast potentials of smaller cities, and the BPO Promotion scheme has made some great strides in this direction. It is noteworthy that more than 60 BPO/ITES units under the scheme are successfully delivering services to global clients of at least 16 countries. ”

The outcome of the BPO Promotion scheme has proven the viable model of expanding India’s BPO/ITES business from metros to smaller cities. These locations have many benefits to offer, such as lower operational cost, lower attrition rate, dedicated employees etc. IT is an enabler and BPO/ITeS industry of India is already acclaimed as the best in the world. Now it’s time to reap the benefits of the strong foundation that has been laid through this industry for creating a ripple effect even in the smallest part of the country and to give employment to the youths of the regions so that they can play a seminal role in social economic upliftment of the regions.

Posted by: DQC Bureau
View more posts
Tags:BPO
Employment Scheme in IT Sector for 40,000 in Tier 2 & 3 Towns 0 out of 5 based on 0 ratings. 0 user reviews.
Facebook to Get Podcast Platform This Month – Report
How Can Offline ITMSMEs Move Online and Bypass Corona?

Avaya Holdings Corp. announced that it is strengthening its commitment to the Business Process Outsourcing…

DataQuest 35 Years: THE RISE AND RISE OF THE INDIAN BPO

Digital technologies are disrupting communication models like never before. New products and solutions are changing…