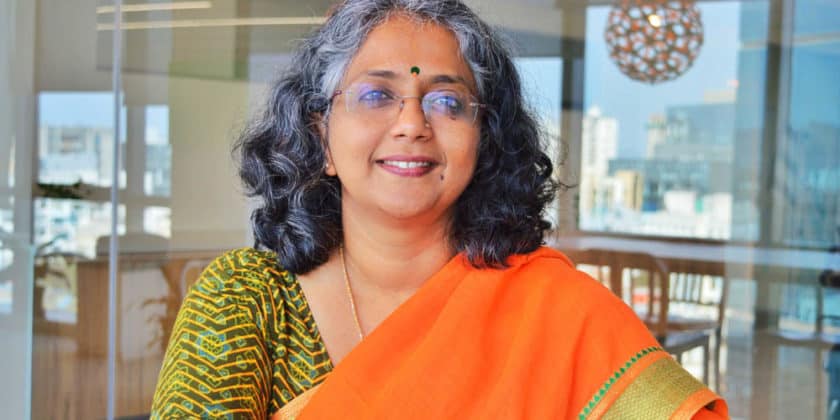 How is GST implemented in the West and in India? Is there a difference?

GST frameworks in the commonwealth countries are somewhat similar with some differences. In other countries, they have a much higher threshold for its applicability;therefore, the tax burden for small businesses is relatively lowered. Looking back into the history of this concept, which had prevailed for decades before it got introduced in India, we can see that France was the first country to implement it in the year 1954.Many countries like Spain, the UK, Brazil, Canada, Italy, South Korea and others followed suit. In the long run, more than 160 countries adopted the VAT/GST indirect taxation system in some form or the other.

Countries like New Zealand and Singapore apply GST on everything at a single and consistent rate. In comparison, Indonesia has around five tax rates. China collects this tax on goods which are consumed in the manufacturing process. In Australia, it’s a  federal tax collected by the supreme authority and divided among the states.  Considering Canada GST, the tax regime has three parts – Federal GST, Joint federal and separate federal. Federal tax is the most applicable tax system. Joint federal is applicable under certain economic conditions and states. Separate federal is only applicable to the quasi-independent province of Quebec. In Brazil it’s more independent compared to other countries.

The introduction of Goods & Services Tax  in 2017 was a landmark reform in India’s taxation history since independence. India completed three years of GST on July 1, 2020. It was introduced as a framework for eliminating erstwhile complex tax structure and promoting the idea of “one tax for one nation”. The core principle of this tax in India was that it is a destination-based consumption tax. It is a multi-stage destination-based tax that applies to the supply of goods and services in India. One primary aim of GST was to push the manufacturing sector under Make in India by removing the cascading effect of taxes or ‘tax on tax’ impact and reduce the final prices which are charged to end consumers.

If we go further and dive deeper into the GST structure of India and the framework, we have seen in other countries, we will see that it in India emerges as one of the most significantly unique frameworks that exist today. One significant difference in India’s GST from the principles of VAT which are established globally concerns the place of supply for intermediary services. Among services, there are a different set of rules for where the supplier or recipient is located including special economic zones. Whereas, globally under VAT/GST, the place of supply rules for services are standardised.

India adopted the unique dual framework which we have seen in Canada and Brazil. With the high tax rates and a large number of tax rate slabs, India’s GST system is relatively more complicated when compared with other countries. This tax overhaul of India indeed unleashed a revolution with the adoption of tax technology systems.Over 40 GST Councils later, we can see GST is still evolving as a tax structure and the way it is implemented.

A significant difference from European VAT/GST and Indian GST is the input credit matching concept. A buyer of goods or services in India can avail input tax credit of tax paid on his purchase if and only if the seller has paid or reported the GST received from this buyer. Such a condition of permitting availability of input tax credit is unique under GST law. Indian tax requires separate registrations of the same legal entity as independent tax persons in different states, and GST is applicable to the supply within such registered tax persons is subject to GST. Due to this, there is a direct impact on the cash flows of an entity undertaking stock transfers. The global GST regulations have different provisions of tax for digital or E-commerce transactions.

However, the tax collection at source (TCS) under Indian tax on E-commerce transactions is unique. Moreover, the movement of goods under GST law requires the generation of an E-way bill if the shipment value crosses a particular threshold. E-way bill is not something which is currently there under any other GST regime.

In this period of lockdown and slowing down of the economy, do you think the GST rules should be relaxed in India and the US?

Nearly three months into the world’s biggest nationwide lockdown, India continues to see a rise in the number of Coronavirus positive cases. But it’s not just the troubling pandemic victim numbers that are a cause for concern. With nearly two months of no work, businesses are bleeding out, and there is an urgent need for working capital.

India was slow in taking up tax relief measures, and on March 24, implemented the biggest lockdown in the world involving 1.3 billion people. On May 30, the government started reopening the economy under restrictions and guidelines in a phased way with containment zones.

While the Centre has announced much appreciated COVID-19 relief measures including collateral-free loans, accelerated refunds and extended deadlines for filing their GST returns, the concern of decreasing working capital and liquidity is alarming a major chunk of businesses in the country. India is not alone in this economic crisis. A majority of countries around the world are facing a similar financial situation, and like India, many have announced relief measures for their taxpayers.

In the start, E-invoicing and new returns were already postponed during the 39th GST council meet. But after the lockdown was announced, the Indian government introduced several measures to ease the tax compliance burden across a range of sectors were announced, including postponing tax-filing and other compliance deadlines, and a reduction in the penalty interest rate for overdue GST filings.

The GST relief measures include the extension of due dates for most GST returns (GSTR 1, 3B and 9), the flexibility of delayed payment of GST with/ without interest, depending on the size of business and a period of delay, relaxation on reconciliation, interests and penalties were cancelled, 10% restriction on input tax credit was lifted, and e-way bill expiry was cancelled. GST and customs refunds were disbursed quickly to help the small businesses with their cash flow.On June 12, in the 40th GST council meeting, it was announced that there would be a reduction of the interest rate charged on overdue filings of small businesses by 50%.

India could learn a thing or two and take a leaf from Finland’s book to devise a deferred payment mechanism and get creative with the usage of GST collected and input tax credit deposits sitting in the taxpayer’s electronic cash ledger. A deferred payment mechanism would highly benefit MSMEs and allow them to float in this difficult economic period.

In the USA, they do not have VAT/GST since they focus on high autonomy for the states. However, the United States is one of the top countries which provided tax relief measures during the early stages of the COVID-19 pandemic.

Have you faced any challenges in performing your role during lockdown? How did you meet these challenges?

From adjusting to working from home, keeping up team spirit virtually, putting major corporate decisions on hold, ensuring employee safety to engaging with customers and partners; there are lots of challenges that we all had to face during lockdown.

This is without taking into account issues like work-life balance, mental health, issues like power outages, hardware, tools and resource requirements for work.In such uncertain times, it can be hard to map a vision for your team, but constant communications and engaging with teams gave all of us a sense of purpose. We found creative ways to stay engaged through virtual chai breaks, virtual talent shows, virtual fitness challenges coupled with fundraising for those affected by the lockdown. Allowing teams to work at their own pace was also crucial. Not everyone can cope up with such massive working style changes all at once. All of this ultimately helped ensure that employees feel there are not alone in this pandemic and eventually driving positive business results. Prioritizing work, enforcing breaks, regular check-ins helped to a great extent. As long as the work continues, it’s not necessary to chase after work completion, given that expectations are clear. Lastly, being compassionate goes a long way, not just during a crisis, but any given day.