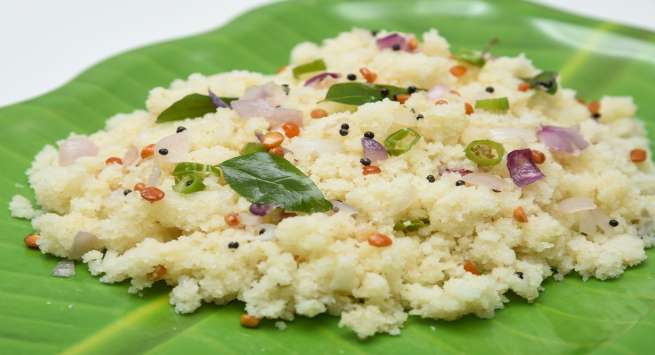 Upma became the topic of a Twitter discussion after a Tamil actor-filmmaker offhandedly recently told a daily that the humble one-pot breakfast dish usually made with semolina and vegetables should be India’s national dish.

The interview with The Hindu was about Radhakrishnan’s days as an assistant director. He had little money then and it was upma, the simple dish requiring few ingredients, which kept him going. “Upma was my saviour those days,” he said. “Many assistant directors survive only on upma even today.”

The suggestion to make it a national dish stemmed from this sense of nostalgia.

Twitter picked up on the headline, but not the context, and soon there was a spirited discussion on whether upma deserved the distinction. Some people questioned the need to have a national dish at all, while others passionately suggested alternatives for the coveted spot – poha, biryani, anything but upma. 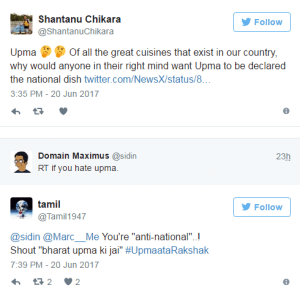 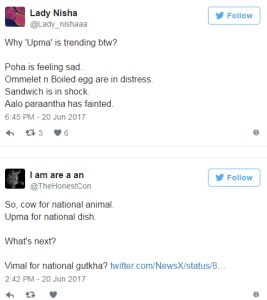 The hearty and nutritious upma, cooked with spices and tempered with curry leaves and mustard seeds, is a favourite in several parts of India, particularly in the South. Called upma in Tamil, uppindi in Telugu and uppittu in Kannada, it can be made using various grains, like whole wheat, rice or corn, and is served with a smattering of ghee and roasted nuts.

Every cook is known to add a twist of their own to the dish to make it their own.

It was popularised in the US by Indian chefs Floyd Cardoz and Arathi Sampath, who recreated the dish on two separate reality cooking shows.Top Chef judges feasted on Cardoz’s upma made with mushrooms, coconut milk and some chicken stock, and announced him the winner of the show. Sampath made the dish on Chopped by replacing the grain with bread and served it with a masala-fried tilefish. 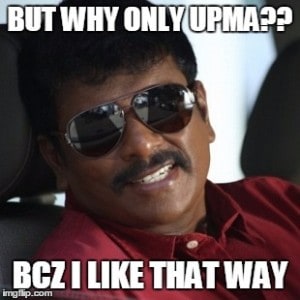 All you need to do is just Google!

Want your business online? All you need to do is just Google! The Indian SMBs…