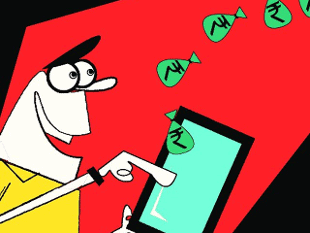 Alankit Limited: GST’s Alankar
Alankit Ltd after building strong and successful portfolio in financial services and e-governance space with offerings like UID enrollment (Aadhaar), TIN and PAN facilitation, e-Return intermediary and more, a recent milestone for the company
has been identification and authorization by GSTN as a GST Suvidhaa Provider (GSPs).
The aim is to provide convenient methods to taxpayers and other stakeholders in interacting with the GST ecosystem from registration of entity to uploading of invoice details to filling of returns. 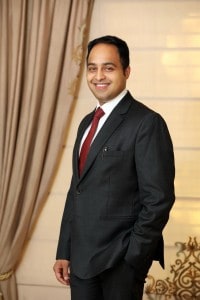 Ankit Agarwal, Managing Director, Alankit says, ‘As a GSP, Alankit Ltd. with dozens of ASP (application Service Providers) is working on customizing applications for its clients which will be integrated with their current system and help them send data to the GST portal in encrypted format.’

He further added, ‘We are also working on Mobile apps. We have recently launched a portal called www.alankitgst.com for registration of ASPs, sharing relevant and useful communication for other stakeholders like tax professionals, CAs, large MNCs, SMEs, other Businesses, Taxpayers etc.’

GSPs will play a very important role in extending services to the tax payers for complying with the upcoming GST regime, thus making the GST rollout easy & convenient for all the stakeholders. GSPs will provide the much needed support enabling taxpayers to comply with the provisions of GST law through the web or mobile based interfaces. Alankit will facilitate the tax payers in uploading invoices as well as filing of returns and act as a single stop shop for all GST related services.

Alankit is fully prepared to fulfil its role as a GST Suvidha Provider says Ankit, ‘We have developed seamless interfaces for tax payers to interact with the GST network, we have expanded our existing teams by hiring competent and experienced Tax professionals and IT experts. Alankit GST leads are qualified indirect tax experts who will support customers in the GST compliance.’
As a GSP, Alankit will take the following steps to ensure compliance :
• Compile invoice wise data from the business units. (B2B and large value B2C)
• Upload invoice wise sales register (supply data) in GSTR-1 within 10 days from the end of the month.
• Download purchase data, i.e., inward supplies (receipts or purchase) in the form of draft GSTR-2 from the GST Portal. The draft GSTR-2 will be automatically created based on the GSTR-1 filed by corresponding suppliers.
• Cross-match purchases made with those downloaded from the GST portal. After reconciliation with the books and draft GSTR-2, upload the final GSTR-2 Reconciliation of the purchase register and data downloaded in the form of GSTR-2 from the GST portal will be carried out by the ASP for the benefit of taxpayer.

What tax payer gets with Alankit
Taxpayer will be provided with the integration option so that he can integrate their existing accounting packages with Alankit GST server. Further taxpayer will be provided backend services by Alankit.
Alankit has also recently launched a portal called www.alankitgst.com for registration of ASPs, sharing relevant and useful communication for other stakeholders like for other stakeholders like tax professionals, CAs, large MNCs, SMEs, Other Businesses, taxpayers etc.