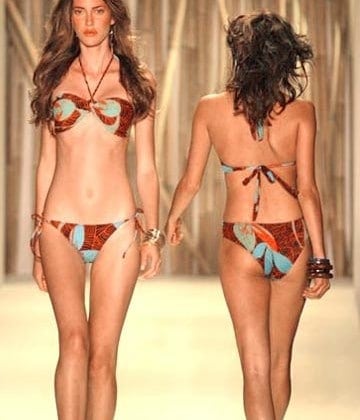 Nowadays, Artificial Intelligence is selling lingerie world wide successfully. After a breakup with Digital Ad Agency, Lingerie retailer Cosabella, headquartered in the US hired ‘Albert’ An AI platform, since then has more than tripled its ROI and increased its customer base by 30%.

“We know our brand best and communicating it to the advertising agency became time-consuming and difficult,” Courtney Connell, marketing director of Cosabella, said, declining to name the agency as they really were “very lovely people” who she had no wish to disparage.

Connell grew concerned when the retailer went through a flat quarter. “It was very scary, particularly when we enjoyed double-digit growth all the previous quarters.”

As a first test, Adgorithm’s Albert was tasked with identifying and converting high-value audiences. It was given Cosabella’s paid search and social media marketing efforts to manage and was allowed to autonomously execute Cosabella’s digital marketing efforts using creative and KPIs provided by the brand.

In the first month alone, Albert increased Cosabella’s search and social return-on-ad-spend (ROAS) by 50% and decreased its adspend by 12%.

On Facebook specifically, Albert produced a 565% increase in ROAS within his first month. By month three, Albert had increased Cosabella’s ROAS to 336% – a 155% increase over the previous quarter.

Overall, Albert’s work in the last quarter of 2016 contributed strongly towards the company’s 37% increase in overall website sessions, a 30% increase in new users, and 1,500 more transactions.

“After seeing Albert handle our paid search and social media marketing, I would never have a human do this again,” Connell said.