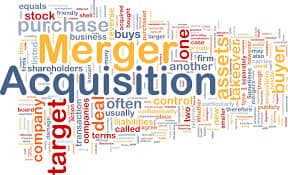 Boon or bay for channel partners

Mergers and acquisitions are age old traditions of the business world. In the dynamic economic environment, companies are often faced with decisions concerning these actions as this comes under major jobs of management, which leads to maximizing shareholders value. The theory says that mergers and acquisitions are competitive advantage and ultimately increase shareholders value but what does it turns to be is a big question.

The truth to learn about the currency market is that the world is interconnected. Companies have a hand in each other’s business, there is no rule written in stone about which market has a leading or lagging effect on another. Rather any one of the market can lead or lag the other market. This rule makes one learn about mergers and acquisitions and how it really works.

Today companies merge suddenly and frequently for a variety of reasons. There are number of big and powerful mergers/ acquisitions which took place in 2015, the biggest among them was by Dell Inc. which acquired EMC corporations for 67 billion US dollars and listed among the biggest tech deal in history; Western Digital acquires SanDisk in 19 Billion Dollars; Trend Micro acquires HP TippingPoint for 300 Million Dollars; Hero cycles acquired firefox bikes in all-cash transaction to upgrade its lines of cycles; In terms of enterprise value Blackstone group entered into the largest deal in India by acquiring UK’s Serco Group Plc which was worth 2558 crore rupees.

Even bigger deals are on the way; including Infosys which has announced to acquire Noah consulting for 70 Million US dollars; Anil Ambani-led Reliance MF to acquire Goldman Sachs India MF business for Rs 243 crore; Reliance Communications and Sistema Shyam Teleservices now MTS, entered for a possible merger of their operations in the country through a stock swap, are likely to wrap the deal in a month’s time.

Several factors are responsible for making the merger and acquisition deals favorable. Mergers and acquisitions take place for many strategic business reasons, but the most common reasons for any business combination are economic at their core. Companies may decide to merge to gain a better distribution or marketing network. A company may want to expand into different markets where a similar company is already operating rather than starting from ground zero, and so the company may just merge with the other company. This distribution or marketing network gives both companies a wider customer base practically overnight. Companies look for to acquiring new technology or product from another company rather than developing it themselves. “If the acquisition is done in an ethical manner where intentions are clear it really helps brands to showcase their consolidated strength. It is even a positive play for channel partners if their bargaining power remains strong”, said Rajkumar Dugar, CEO Rajhans Technologies, Bangalore. 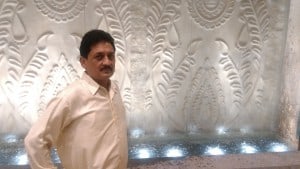 To increase in sales or revenues is also one of the important factors which results in mergers and acquisitions. Profit increase is always profitable for companies coming in a mergers or a company who has acquired another. On the other hand a ‘ready to experiment’ attitude of industrialists sometimes sideline other thoughts and a desire to experiment arises which later, solely depends upon the kind of efforts the company puts in.

In a private company, the company may need to merge or be acquired if the current owners can’t identify someone within the company to succeed them. The owners may also wish to cash out to invest their money in something else, such as retirement. Other reasons which lead to mergers and acquisitions includes; corporate investments in industry, Dynamic government policies, gaining economic stability is also a key point for M&A.

When two companies have similar products or services, combining can create a large opportunity to reduce costs. When companies merge, frequently they have an opportunity to combine locations or reduce operating costs by integrating and streamlining support functions. This economic strategy has to do with economies of scale, when the total cost of production of services or products is lowered as the volume increases; the company therefore maximizes total profits.

Another reason for merging companies is to complement a current product or service. Two firms can combine their products or services to gain a competitive edge over others in the marketplace, with an Initiative of coming up with a new venture into new businesses and markets. It also leads to expansion of brand portfolio.

Companies may also wish to consolidate for lower administrative costs and increased profits by increasing market share or they may simply want to buy out the competition.

How are channel partners affected?

The snag is that mergers can almost always be made to look eminently healthy, not only for the firms involved but also for the economy as a whole but troubles come later. They are portrayed as intelligent adaptations to a changing business environment, caused variously by shrinking market, government reforms or technological change. As consolidating the whole setup, again after mergers in a highly charged and complex undertaking. Rajeev Khanna, President Jalandhar Association, ITPRO stated that, “Big mergers affect partners as whole soul management is changed and there are new rule which are expected to be abided. I also feel that these mergers on an initial stage bring disturbance in the working like the team management of channel partners is affected, the market environment is totally changed but the good part is it gets treated with time”. 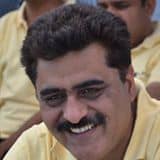 When a company merges or is acquired, the only thing which can be accepted for certain is change. It is often difficult for channel partners to create the same space after the mergers. With every merger there are functional and technological changes attached which leads channel partners re-think all the facts and figures and frame it into new one.

Change is a persuasive influence but for partners it turns out to be a drastic change that is of covering the change in management, monetary issues, rules and regulations, ideologies and many more.  Secondly, Unethical mergers and acquisitions lead to unemployment because of high increase of expectations of the companies which later affects channel partners working. Mergers and acquisitions brings lots of work for channel partners which includes; working on new documentations , developing relationship with potential partners who now will be a team, analyzing client’s requirements, valuing companies.

How are mergers affecting consumers?

The effect of mergers on consumers can be positive or negative, depending on the industry and the market competition. Small and big businesses merge to achieve cost savings, gain market share and become financially strong. Merged companies achieve savings by spreading their fixed costs over large production volumes, which reduces unit costs and increase margins, and by negotiating lower input prices with suppliers. There are several factors which may affect or be beneficial solely depending on the consumers and the type of product or service.

Price: By eliminating at least one competitor, a merger may allow the remaining companies to implement coordinated price increases. If the merger results in only one to two retailers serving the entire market, individual and small business customers may pay more.

Variety: Mergers can play both ways; it can decrease or increase the choice available to consumers.

Service: Mergers can affect the level of customer service, may lead to billing errors and overwhelmed customer service staff, which leads to unhappy customers and lower profits, on the other hand it can improve the service as it would have additional resource flexibility for scheduling customer service.

Quality: Mergers may improve product quality, which benefits consumers. These quality improvements may come at lower costs because the merged entity may be able to eliminate certain overhead expenditures, such as facility rental and administrative support.

Thus there are many players in the buyout landscape and they can come in many different forms. It is important to understand the structure o these key players, because their influence on the markets will remain great and will likely increase in the future.

Advantages and disadvantages of mergers and acquisitions (M&A) are determined by the short-term and long-term company strategic outlook of the new and acquiring companies. This is due to a host of factors including market conditions, difference in business culture, acquisition costs and changes to financial strength surrounding the corporate takeover. “Mergers are profitable most of the time, whereas an acquisition gives birth to a single company as a strong entity. So mergers are way better as it does not suppress any company or its identity as a whole”, added Vikas Sharma, Regional sales manager, Fortune Marketing, Raipur.

Benefits of Mergers and Acquisitions are manifold. It can generate cost efficiency through economies of scale can enhance the revenue through gain in market share and can even generate tax gains. The principal benefits from mergers and acquisitions can be listed as; Increase in market share, Lower cost of operation/production, Higher competitiveness, Industry know how and positioning, Financial leverage and Improved profitability

Not all the above advantages or mergers and acquisitions come to practice but are often included among the reasons for engaging in any corporate activity. If the company is able to benefit from all the advantages it can lead to more stability as a corporate entity and can serve better.

One way to grow your business is to buy other businesses. The idea is to increase your revenues by acquiring a functioning company that will contribute to your income. However, acquisitions can present some difficulties and actually put you at a disadvantage. Consider the pitfalls before you pursue an acquisition. Some disadvantages listed are; Increase in cost to consumers, Decreased corporate performance and /or services, potentially lowered industry innovation, Suppression of competing businesses and Decline in equity pricing and investment value

Shareholders may also be disadvantaged by corporate leadership if it becomes too content or complacent with its market positioning. In other words when an M&A activity reduces industry competition and produces a powerful and influential corporate entity, that company may suffer from non-competitive stimulus and lowered share price. Lower share price and equity valuations may also arise from the merger itself being a short term disadvantage to the company.

Thus, Mergers and acquisitions are profit for some and lose for another.