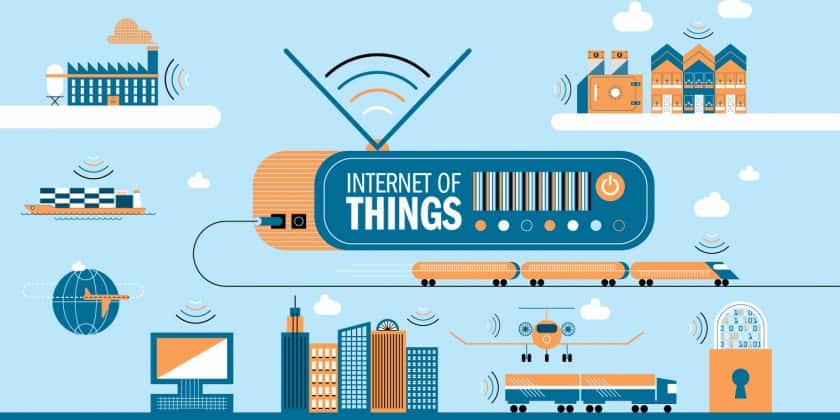 Connecting machines, devices, sensors, and other things of daily use with an intelligent network and make sense out of them, has huge promises to change everyday life. As can be expected by taking in our entire world and attempting to change it one stroke and with one magic wand is unrealistic, challenging and cause for chaos in the short term.

For business decision makers and technology providers, some measure of clarity and progress can be made by understanding the challenges of applying IoT to business. In this article we analyze two principal challenges in making this happen.

Over the years, countless Internet Protocol driven applications, software tools and diagnostic kits have been developed and exist, that can be applied to IoT devices and sensors, with or without much adaptation. This will help to get the IoT environment up and running in a short period of time, relatively speaking. That is provided they are in the same Internet Protocol environment. The basis for the development of Internet Protocol applications till now has been growing availability of large computing power and significant memory capacity to manage complexity of the Internet Protocol based applications. And all this within localized high cost nodes like desktops, notebooks, smartphones, tablets, amongst others.

This is the exact antithesis of the IoT environment as it exists today, which is low cost, low power consuming, low computing capacity, and distributed computing nodes.

When building an IoT network it is essential to plan and look ahead. It is also important to converse with all departments associated with the benefits and operations of the IoT network and applications. When dealing with tens and hundreds of thousands of sensors and devices in any IoT project, it is pivotal to have a networking strategy to ensure the end result is managed chaos instead of unmanaged chaos.

Industry consultants who have gone through such projects point out, IoT application and network designs need to be built looking at requirements five years from now. When in doubt the rule of thumb is design networks for a requirement that is 10X the number of devices that are connecting in now. Another important consideration is to design the wireless environment thinking about what will happen in that specific industry over next five years. While the benefits of such best practices are self-evident, industry surveys show that such discussions are not happening as much as they should. If all else fails, the minimum rule of thumb to apply, think big for IoT.

Looking ahead into the requirements for IoT type of networks there is a significant change in the way devices will communicate. More often than not, communication signals will hop from device to device, to enter and leave the network of devices, connecting into and out of their mesh network.

Utilizing a number of hops between devices rather than the conventional hub to spoke jump will become the standard for most IoT applications and networks. The key here is multiple and random paths between IoT devices, based on predefined algorithms, rather than a fixed point to point hop. This saves power, saves cost, builds scale, and builds redundancy.

These networks are called mesh networks and the devices are called wireless nodes. Since connectivity within mesh networks rely on each other, their efficiency grows with an increase in the number of devices. Mesh networks become more efficient as the number of wireless nodes inside them increases. This is the opposite of what happens with the hub and spoke, star network arrangement. As silicon technologies enhance the computing capabilities of IoT sensors, devices, machines and appliances, they will increasingly become more Internet compatible. At that stage the two worlds will come together in exponential fashion and the true power of IoT will become a reality.

Posted by: DQC Bureau
View more posts
Tags:Iot
How IoT and Internet Will Converge 0 out of 5 based on 0 ratings. 0 user reviews.
Vertiv announces Lucrative Program for Partners in India
Jewelex accelerates business transformation with Infor