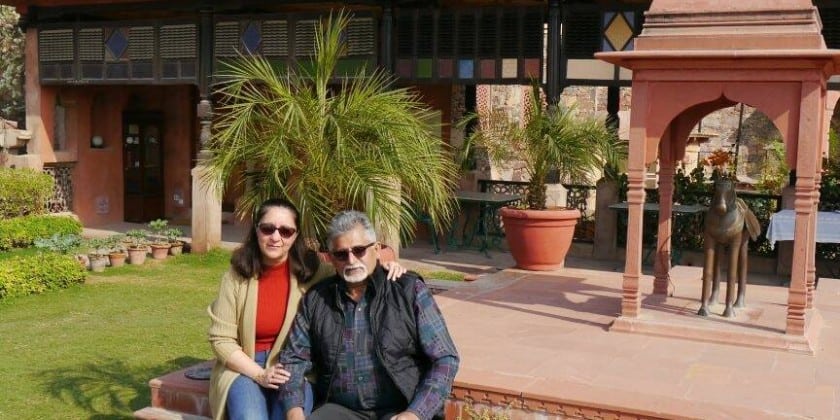 During the time of entering in entrepreneurship he thinks that an entrepreneurship is a bug which bites every job worker at some point of time. He had struck early in his career in wake of foreseeable putative IT solutions potential.

After that, system building was added to the portfolio in 1996, with their own branded PCs’ and Servers which peaked out in 2004.

Green Vision now is concentrating in deploying its in-house developed “Vehicle Tracking” application. This application is on GNU Linux with response time of less than 10ms from over hundred thousand vehicles.

“Green Vision (P) Limited started modestly as “Computer Vision” from the basement of my residence in 1990. The attempt was to fill the then existing gap in qualified organizations who could provide design solutions on Autocad, Corel Draw and Photoshop. Piggy backed on the contacts with Architects imputed from familial business” he expressed.

With his keen interest in the IT Industry, he has been involved in many IT association activities. He has been awarded by different magazines for his excellence, performance and contribution in IT. Currently he is General Secretary in PCAIT and also in a national body FAIITA. On his professional achievements he says, “Professional achievements are the invaluable trust and credibility of customers, suppliers and peer business friends”.

As per Kapur, IT is a dynamic business vertical, having high obsolescence and no scope for complacency. Dependency on patented technologies and solutions is the greatest impediment of growth and success.

Success mantra and policies in life

He always remains inspired by the title of a thriller by James Hadley Chase, which he had read during his adolescences. He has policy in life to remain ethical and to live up to the commitments.

He likes to do associational work, arbitrating disputes. He is a long road trips lover and agriculture is one of his passionate hobbies and pastime activities.

Professionally and personally he plans to arbitrate an International Arbitration involving IT dispute.

Posted by: Ankit Parashar
View more posts
Tags:Green Vision Pvt. Ltd, Saket Kapur, Success Story of entrepreneurs
“I want to be patient like a vulture”- Saket Kapur 0 out of 5 based on 0 ratings. 0 user reviews.
Infosys Arguments and Counterparts
HBO’s Twitter and Facebook Accounts Hacked by OurMine

From Services to Entrepreneurship- Kailash Gupta

From a humble beginning as an R&D engineer, Kailash Gupta today is one of the…

The Man Who Found Compatibility in IT

Read the growth story of Pramod Rajpal, CEO, ProDot Group in his own words To…

Mumbai -based Kshitij Kotak has developed an indigenous storage device. Born in a Gujarati family…