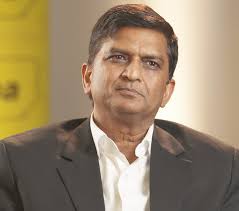 Idea Cellular has launched the 3G service on 900 MHz spectrum band in Delhi circle which is also first for the company in a metro circle. With this, Idea’s 3G network has expanded to 12 major markets in India.

Apart from the above, Idea also has ICR arrangements with other telecom operators in 9 circles, enabling its 3G connectivity pan-India (except Orissa).

With this launch, Idea Cellular has become the only mobile operator to have seamless 3G network across the entire length and breadth of Northern India, said Ambrish Jain, deputy managing director, Idea Cellular.

Idea was the first mobile operator to announce its plans to launch 3G services on 900 MHz band, post the spectrum auction of February 2014.

The 900 MHz spectrum band is considered superior for transmission. Subscribers will gain from improved connectivity especially for services. With 3G, Idea targets the data users. According to Sanjeev Govil, chief operating officer – Delhi, Idea Cellular, the company has nearly 6 mn subscribers in Delhi, of which 30% are data users.

Altimetrik,has expanded its presence in India through the opening of its newest immersive experience center,…