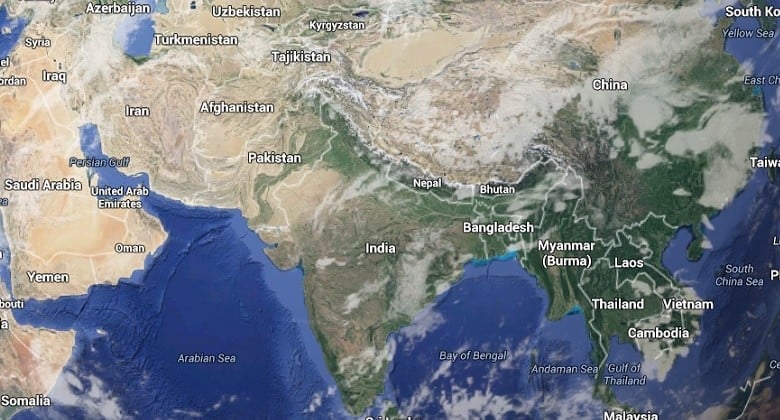 To put it simply, any imagery of anything on earth (in India) recorded using machines in the sky will be under the purview of the law.

In a move which is receiving global criticism from technology and policy experts, the Indian government has proposed the Map Regulation Bill that seeks to regulate the use of ‘geospatial information’ of India. Any violation of the proposed act could attract a penalty of up to 7 years in prison and Rs. 1 crore in fines, and the extreme punishments proposed have also been criticised.

What is Geospatial information?

Geospatial Information has been defined in the act as

any imagery or data acquired through space or aerial platforms such as satellites, aircrafts, airships, balloons, unmanned aerial – vehicles or graphical or digital data depicting natural or man-made physical features, phenomenon or boundaries of the earth or any information including surveys, charts, maps and terrestrial photos.

To put it simply, any imagery of anything on earth (in India) recorded using machines in the sky will be under the purview of the law.

The law forbids any ‘incorrect representation’ of the Indian map. For instance, not showing Pakistan Occupied Kashmir as a part of India will now be illegal and attract a fine and jail-term.

Here’s what the draft bill says,

“No person shall depict, disseminate, publish or distribute any wrong or false topographic information of India, including international boundaries through Internet platforms or online services or in any electronic or physical form.”

“Whoever acquires any geospatial information of India in contravention of the law shall be punished with a fine ranging from Rs 1 crore to Rs 100 crore and/or imprisonment for a period up to seven years.”

And it doesn’t end here.

In what is more like a dictatorship’s rulerather than a democratic one, the law also mandates that any person or institution acquiring or disseminating any geospatial imagery will have to first seek permission and license from a government authority.

This means that Google Maps, Wikipedia, OpenStreetMap and others can operate in India only with a specific license from the Indian government.

The government authority will also monitor “sensitivity checks” on the imagery to protect India’s security and sovereignty.

Technology and policy experts are openly criticising the bill and are not stopping anywhere.

“This proposed bill is as dumb as the draft encryption bill of last year which would have made WhatsApp illegal. It is unenforceable and will only serve to make India look like a backward, despotic country,” says Kiran Jonalgadda, founder of HasGeek and a social technologist.

Pranesh Prakash, Director of the Centre for Internet and Society, is of the view that this bill goes against the philosophy of Digital India and is regressive in nature. “It bears semblance to the conditions that prevailed in the License Raj. The bill is a clear over-reaction to legitimate security concerns. The government ought to encourage open mapping and should have limited the security restrictions to a set of officially declared security installations across India,” he says.

These stringent rules are not entirely unexpected and the government has cracked down on institutions in the past for ‘wrong’ geographical depiction of India.

The government had taken harsh rebuke against Twitter earlier this year for showing parts of Jammu and Kashmir in Pakistan and China. In another such instance, Al Jazeera was bannedfrom broadcasting by the Information and Broadcasting Ministry because of repeatedly using a wrong map of India and was accused of cartographic aggression. The RSS too carried an inaccurate map of India (without some parts of Jammu and Kashmir) in its mouthpiece, Organiser and later apologised for its inadvertent error.

Here are his final comments from his piece, and they are pretty scathing.

This looks like a policy made for policing Google maps that has ended up throwing out the baby with the bathwater.

The people involved in drafting this have absolutely no clue about how users and businesses use geospatial data to make users lives easier, and how integral it is to every day life. Data is changing and increasing every single minute, and it is impossible to police it.

Collection and dissemination of realtime data and its utility is what makes location information useful and special. This kills realtime information.

A separate policy regarding just security establishments and their removal from mapping information, as well as the depiction of national boundaries of India was all that is needed.

It’s hypocritical of a government that promised “maximum governance, miminum governance” to try and enforce a License-raj.

Interestingly, even though the government wishes to impose punitive measures on private bodies, government organisations will not come under the purview of the Geospatial Information Regulation Bill.

Kolkata buses to have real-time transit information with Google Maps

In the first launch of real-time transit information for Google Maps in India, commuters riding…