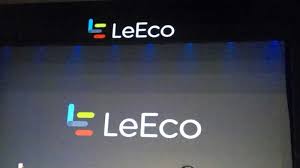 LeEco is swiftly bolstering its leadership team in India. The latest addition to its top management is Jaiteerth Patwari from leading mobile processor supplier Qualcomm. Patwari will set up and head the Development Centre at LeMall India, the company’s online shopping site in the country. The new hiring is well in-line with the company’s endeavors of speedily scaling up its e-commerce presence in India.

“We are very delighted to bring Jaiteerth on board. He is a well-known and respected name in the industry and will bring with him a wealth of experience, which we’re sure will be fruitful for us in our India journey,” said Atul Jain, Chief Operating Officer of Smart Electronics Business at LeEco India.

“We’re very rapidly adding top-notch talent to our leadership team to fortify our presence in India and are committed to doing so in the future as well,” Jain added.

Jaiteerth Patwari has an exceptional track record with numerous achievements to his name and joins LeEco after 14 years of successful career at Qualcomm, where he developed award-wining patents that the U.S.Patent and Trademark Office recognized for the innovations related to content monetization and distribution. A highly-regarded industry name, Jaiteerth has over two decades of experience in building and managing large scale products and is known for rolling out the world’s first Qualcomm mobile application store and messaging products. At LeEco, Jaiteerth’s responsibility will be to innovate, develop and support the fast-paced e-commerce business of LeEco.

“I am thrilled to join the LeEco family at such a critical junction of its growth journey in India. With the launch of LeMall in India, LeEco has already carved a niche for itself in the industry by building a platform for alltheirproducts and services. In the next couple of months, we will look at aggressively scaling up operations for LeMall in India,” said Jaiteerth.

With this high profile hire, LeEco India is one step closer towards fulfilling its goal of replicating the success story of LeMall in China and the US.

In future LeMall R&D is looking to hire 50 more engineers with the talent of building highly scalable distributed e-commerce platform.

Headquartered in Bangalore, LeEco India has operated for more than six months with more than 200 employees and aims to become over 1000 people-strong by the end of 2016. Since its India entry in January, LeEco has announced numerous initiatives including smartphone launches and deals with content partners in the country, a testimony to its commitment for India.

Posted by: DQC Bureau
View more posts
Tags:Appointment, Bangalore, e-commerce platform, Jaiteerth Patwari, LeEco, LeMall India, Qualcomm, R&D Head
LeEco India Hires Jaiteerth Patwari as R&D Head 0 out of 5 based on 0 ratings. 0 user reviews.
“I never backed down” is the compliment I like to give myself- Ambika Sharma
Lenovo appoints Sumir Bhatia as VP of DCG for Asia Pacific

One Flipkart Better. together

Flipkart recently moved into a large, consolidated campus located at one of Bangalore buzziest places Embassy…