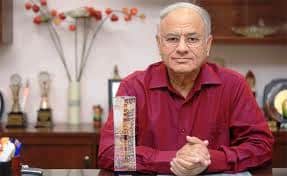 Channel partners operate on many levels and play many roles while serving the IT industry’s marketing needs. Sanjiv Krishen, CMD, Iris Computers, is a significant Channel head, who has collaborated with almost all the major IT companies, with which he works in hardware, software, and SI domains. He gave us an insight into the dynamics of Channel partnerships of IT industry in all their operations.

Can you describe your business in some detail?

Our branches are spread out all over India. A distributor has to take a lot of risks. He gives credit to resellers and borrows from banks to get the product from the principal company. We deal with almost all the big brands in the IT industry through Iris Computers. We were the first distributors to whom a principal gave the funding to open an office in Jammu, where we could get 5% extra profit, which is a lot in the IT distribution business. There is DQ Entertainment in Hyderabad, which has a similar name to your magazine, but it’s a different company. They needed 500 computer blades. Another company bought 40 Crores worth of computers from us. They own ships and go into the Arabian Sea to take readings from the ocean floor. They tell ONGC where to find oil. Their initial order was of 30 crores. We took a calculated risk and supplied them the computers. We got our payment. Then a month later they came back and ordered computers worth 12 crores more.  Techno India group in Calcutta wanted to buy 3000 notebooks to give to their students. HP wanted to deal directly with the institution. The Principal of the institute wanted to pay 3.5 crores then and the balance of 3.5 crores in December. HP couldn’t give 5 months credit. The credit of multinational companies is very tightly controlled. Hence, HP came to us and asked us to structure this deal, which meant that they wanted us to pay 7 crores for 5 months. We agreed to help them. We went to Calcutta, talked to the Principal and we offered to give him 50 free notebooks for the teachers. He liked the idea and he immediately paid 7 crores. So, in this business, if you give an incentive, you can strike a deal and get immediate payment. Next year, when the fresh batch of students came, they gave us an order of 4000 more laptops.

Why do people come to us? Because we’re open and accessible to them. We’re open from 9 in the morning to 9 in the night 7 days a week. This is how we’ve been growing our business. We keep stock all the time. We’ve 60 crores worth of stock. We are a target-oriented organisation. We achieve our target every month.

Iris Global works with end customers. Iris Computer buys from IBM, HP, Lenovo etc and sells to resellers. Iris Global buys from Distributors and sells to end-customers. We’re the resellers. We’ve supplied to companies like Pepsi, Dabur etc. Iris Global is doing the business for cloud companies. We’re authorised to sell cloud for Microsoft. Our third division is Iris SecureX, which is meant for security in the form of hardware.

Can you speak a little more about cloud and security?

We’re the authorised resellers of Microsoft. So we go to the end-customers and we promote the cloud service to them. We’ve also tied up with Ali Baba. Essentially, they have datacentre where they sell time to users. It helps the users to offload during peak usage phases. The cloud company pays for all the logistics, so it turns out to be cheaper for the user. Then the security problems arose and people began to divide their workload between their own on-premise and cloud data centres. Different companies began to collaborate to offer different services to users. This led to a lot of cross-usage. To manage these collaborative usages of different types, the concept of mesosphere has been created. That’s a new technology that has emerged and they’ve appointed us as the distributors of mesosphere in India. We signed the deal in May this year. Mesosphere is for controlling a hybrid cloud. It is an operating system to control every layer of cloud, blockchain and other layers of cloud. Now, Datacentre has reached a stage where they don’t want human intervention because humans can cause an error. They are running in dark, people-less rooms. Reliability is very high and there s no failure.

Something about your work in cybersecurity

We’re selling for companies like Fortinet. For hardware security, we have an in-house team that installs CCTV cameras. They do system integration of hardware. The traffic management system can be installed by them.

Channel partnership is evolving. Where do you think it’s going?

You have to evolve. You can’t be static. If the desktop and laptop market is flat, you have to switch to mobility, if smartphone and tablet market is growing.

What are your marketing strategies?

We just try to make sure that we are always one step ahead of the others. But we don’t advertise. We know all the distributors and dealers. They also know us. It is personal communication-based marketing. The dealers and vendors need to advertise because they have to reach the masses. The ads n the papers are funded by the principals. The multinational principals have marketing budgets and they advertise. We don’t need to advertise. We operate on 2-3% margin. We can’t afford to fund ads. If we’re doing an event with you, we need to get it approved by the principals.

What are the challenges for you?

Our problem is bank limits. Our bank limit is 50 crores, which is very less. This means we can only get an order of 40 crores at any point in time. We’re trying to get the limits increased. The banks may become stricter in the future because of people borrowing a large amount of money and not repaying loans. The govt doesn’t want any defaulters. And institutions like Indian infrastructure resale and financing companies have not helped. They used to borrow money from banks and give to builders. They have also gone bankrupt. Reliance Communications has gone bankrupt. The banks have lost out in the process. The people who have given credit to the bankrupt companies have lost out. RBI is controlling the NPA very strictly now. The big projects are going to get impacted.

Posted by: Archana Verma
View more posts
A Look Inside the IT Channel World 0 out of 5 based on 0 ratings. 0 user reviews.
How to Efficiently Manage and Collect Receivables
Fortinet Extends Support for VMware NSX-T to Further Advance Security

In this very unique segment of DQ Channels, we have covered Blazeclan Technologies becoming a…

In this very unique segment of DQ Channels, we have covered Jaipur based ETSC Computers…