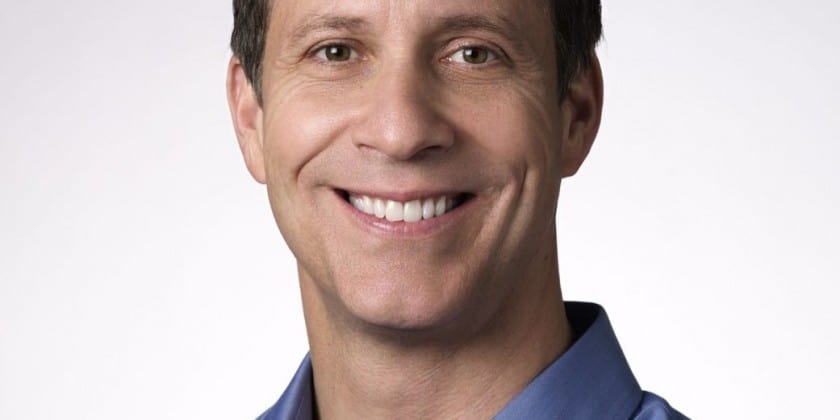 What has your strategy been to enhance the adoption of Flash storage among SMEs?

There are three things that we are focusing on in the SME market. Firstly, we see especially here in India, that many of SMEs do not want to be the first ones to deploy Flash storage. They seek a certain degree of comfort in knowing that other customers have done it first. Hence we are publishing case studies, customer experiences to help customers understand that Flash storage is growing at 80 or 90 percent a year. So that is where the growth is. This information gives customers comfort as they know that they are not the first ones to adopt Flash and our Flash customer base is rather large.

Lastly, we continue to bring down the cost of Flash. The SME market is a cost sensitive one. And one of our key areas of focus is to bring the price of Flash down to a competitive level at the entry level. Just a few days ago we refreshed our entry portfolio and it is important for us to maintain our position as market leaders, as we have maintained this position for 13 years in the APAC region. These are the three things that we are doing to increase the adoption of Flash in the SME space.

What steps have you taken to customize solutions for the Indian market? What is the challenge with finding the sweet spot between price, performance, reliability and capacity?

For Flash to become mainstream you need two key elements to drive growth.

How important are Flash storage solutions for organizations looking to become digital enterprises?

If we look at what digitization means, in a digital world, the premium is put on speed and agility. It is what we call the idea economy. If you go back to 15 years ago, the intellectual property was the manufacturing plants or in certain instances, like the newspaper industry, it was the printing presses. However, all those traditional industries have been disrupted by the digital economy that we are alluding to. The premium is placed on how fast I can take an idea and bring that idea to the market. Fintech is a great example, as we have start-ups that are disrupting banking and they are doing it with fewer people. What is enabling them to that is their speed of execution and ability to bring ideas quickly to the market; the core of which is IT. The digital economy is going to place a lot of emphasis on speed and agility. That is going to put more pressure on Storage systems to be more responsive and be able to produce better insights more quickly and that is absolutely going to fuel the growth of Flash.

What is HPEs strategy to facilitate the adoption of Flash?

SMEs want very cost effective, reliable and simple solutions. So our strategy has been to bring these enterprise class features down to our entry level portfolio. We have also made major enhancements to our software defined storage; this Storage is important as it is extremely cost effective. Therefore, if one wants the lowest cost point then this becomes an appealing solution. So by enhancing our software defined storage capabilities, bringing Flash and all that rich data protection features into our entry portfolio has made it very appealing to SMEs. They now get the same kind of resiliency, similar performance and that previously only large enterprises were able to enjoy.

What are the key market drivers for the Indian market? What are certain niche areas that you are looking at for Flash storage solutions?

When we are looking at Flash it really is a very horizontal play. If we go back 18 months ago then it was relegated entirely to higher performance applications. Today we see it with mid-market customers. We see a lot of Flash adoption in Telco – which is Telco billing systems. In fact, few of the largest Telcos in India run their billing systems and VRM on HPE Flash. Banking is a big environment and we are seeing banks move to Flash. It is another sector that is an early adopter and will continue to be. Even the manufacturing sector, which is usually conservative, is starting to adopt Flash storage solutions. So Flash is not relegated to any one vertical industry and the growth is more horizontal. What is left now are the high end niche applications  and we are seeing it now in emails, VDI, core banking, CRM and it really is becoming much more mainstream.

We are going to continue to see advances in data optimization technologies. However, part of the problem is the even if the cost is low, we have so much data and managing that is a challenge and hence we need to focus on data efficiency. Another advancement would be in terms of how data is going to be archived. In the next three to four years you are going to see something called Object Storage that would be much more reliable and higher performance than tape while being much cheaper. Your near lying, archived tier shall move increasingly to an object oriented tier. In fact, we made an equity investment in a company called Scality about six months ago specifically because we believe object storage is going to play a bigger part going forward. So there will be continued advances in device technologies moving from SSD to 3D NAND. 3D NAND is still early and that technology has a long lifecycle still ahead of it. So, it will be across all three dimensions, smarter software to get better utilization out of the data efficiency technologies, different technologies that allow you cost efficiency and archived tier, and then continual advances in semiconductor and associated device physics, that would lead to more cost effective underlying technologies as well.

Are the lines between storage and memory continually blurring? What is your take on new and upcoming memory technologies such as 3D XPoint memory?

We have had some initial support for 3D NAND drives today. We think this technology shall soon become ubiquitous. We have already announced the support for 3D NAND and we think that it will continue to grow in terms of importance. Broadly, we are certainly seeing the broader trend lines between memory and  traditional storage blurring and that is one of the things which puts HPE in a very unique position. As the market leaders in x86 worldwide and also in India, this delineates into two things where you need the best x86 platforms for market data support in the world (which we have) and you need the best storage expertise (which we also have). That is going to be a problem for some of our competitors being that some of those guys are going through a mega merger right now which might be disruptive. Some of our competitors might be strong in terms of networking but they do not even have a storage portfolio. Some of the others are standalone storage companies and they are losing money. It is going to be an end to end solutions world and we are the only ones who have that today that caters to market requirement.

Posted by: Lionel Alva
View more posts
Tags:Flash storage, HPE
Many SMEs do not want to be the first ones to deploy Flash storage 0 out of 5 based on 0 ratings. 0 user reviews.
NIIT announces initiatives to drive Digital Leadership
Skybox Security Names Tal Sheffer as CTO