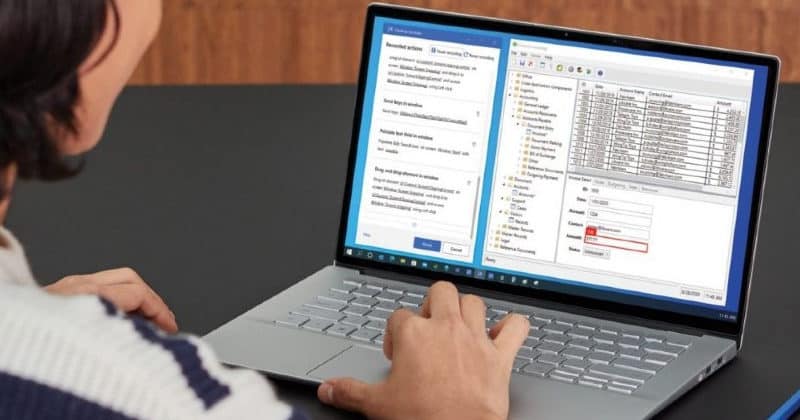 Part of Microsoft Power Automate service, this solution enables coders and non-coders alike to automate processes and tasks across desktop and web applications with minimal effort from a single intelligent platform.

It also provides complete control and flexibility for advanced users, programmers, and developers in a scalable and secure environment.

It further democratizes the RPA capabilities within Power Automate by providing a desktop automation option for citizen developers and business users.

Commenting on the announcement, Irina Ghose Executive Director – Cloud Solutions, Microsoft India, said, “Organizations and IT departments are seeking ways to quickly adapt to the unprecedented pace of change across every industry around the world.

With Microsoft Power Automate Desktop, we aim to empower organizations to automate tasks across the desktop and web, using an integrated platform to complete tasks at speed and scale.

It enables businesses to free their knowledge-workers from time-consuming and repetitive jobs and focus on strategic tasks to deliver higher value to customers.

This will play a vital role in transforming and reimagining their  businesses in the new normal.”

Accelerate automation with an easy-to-use visual designer: Power Automate Desktop empowers all users to automate tasks or processes right from their Windows machines. The drag-and-drop visual designer and live debugging tool make it possible to automate processes by placing the steps in a logical manner, helping turn ideas into reality in a clear, simple way.

Simulate multiple scenarios with the web and desktop recorders: Users can automate their favorite web apps with the Web Recorder or capture on-screen elements for Windows apps with the Desktop Recorder.

The recorders track keyboard and mouse interactions and translate them into a clear automation path that can be replayed across web apps and any Windows applications.

A single flow can support tasks across systems that include SAP, websites, and legacy terminals such as mainframes and AS/400, Citrix, among others

Reduce bottlenecks with flexible exception handling: The solution enables users to prepare handler errors at any point in the automation process.

It ensures automation run with precision and speed by setting up safeguards such as retries, alternate execution, or notifications when errors occur.

Each action in the script supports no-code error and exception handling, and execution logs that include error details and screenshots to help with troubleshooting.

In its continued efforts to support the startup ecosystem in the country, Microsoft has launched…

Micro Focus announced the release of its ITOM “Collect Once Store Once” Data Lake (COSO),…