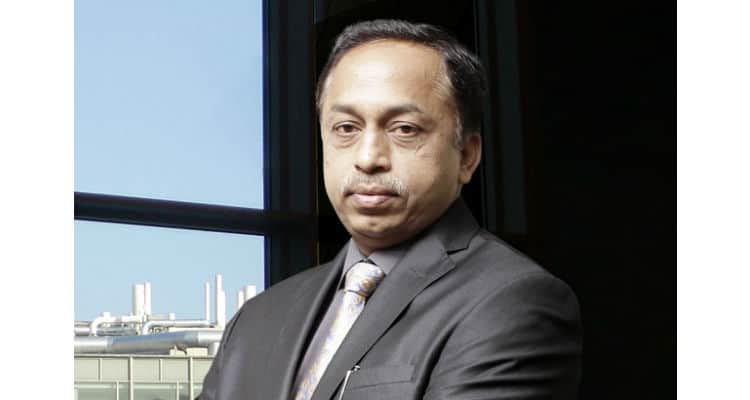 The life story of eminent people has always been inspiring. They give other people inspiration and encouragement to live a life of purpose.

So, let’s step forward, learn about one such life of Balkrishna (Raju) Kondalkar and get motivated.

Balkrishna was born on 24th May 1965 in the Maharashtrian state of Pune. He was brought up in a middle-class family. Where his father was a shop floor worker in a manufacturing firm and mother was a housewife.

Balkrishna was good in sports but was an average student. Thus, he was the captain of a football team in school and college.

During his younger days, while observing some neighbours who were engineers leading a much better life, Kondalkar decided the goal of his life. He aimed to become an engineer.

Like above mentioned, he was not good in academics due to which he couldn’t get admission in any government engineering college. On the other hand, the fees for private engineering college was Rs. 8000/- per year. His father couldn’t afford this amount.

To this, Kondalkar made a deal with his father, he said that he will do some part-time job and contribute to the amount of his college fees. He stated, ‘Seeing my determination, my father agreed and I started studying in a private engineering college and as promised to my father, in the first year of engineering itself, I started laundry business at home.’

Balkrishna learnt his first sales lesson while working for his laundry start-up. As he couldn’t get any work for initial 3 months. He used to visit various bungalows and apartments in his area in the search for work.

Amidst all the struggle, he never gave up and eventually, his customers started growing. Raju stated, ‘I used to bring clothes on my cycle, iron them and give them back the next day. Very soon my business started covering the electricity bill, groceries and small expenses of our home.’

He also shared an incident, which gave him the inspiration to become a successful entrepreneur. Kondalkar stated, ‘In the last year of engineering, I came across a booklet containing the history of the Kirloskar family, and how Laxmanrao Kirloskar started his business. This became an inspiration to me and I decided that I will be that entrepreneur for my family.’

How Did You begin your career?

Raju had a clear aim that after completing his engineering, he will sell computers and get one-year work experience in Kolhapur. And after a year’s experience, he will begin his own business.

Balkrishna said, ‘I started my first company Autosys Electronics with 2 of my friends. It failed in 6 months. Then I started Grace communications with one of the friends. Our first office was on my friend’s terrace in a 50 sq ft tin shed. Here we sold telephones, small PBX systems, and telephone cabling. This venture was quite successful.’

He further added, ‘After 3 yrs of operations, in 1992 my friend asked me to leave. I was shaken. However, I did not give up. I then started my own firm Flair Telecom in December 1992. I started doing the same business of telephones and small PBX systems. Friends helped in getting dealership of Crompton Greaves and I started working alone.’

Somewhere in 1994, demand for Computers started growing. Then came the turning point for Raju’s business when he got computer cabling order from Kinetic Honda. From this particular order onwards, Raju’s focus shifted to computer networking. He worked hard to understand this latest concept in the computer world that was booming. Further, in 2000, he converted his firm into a private limited company and named it as Flair Technologies Pvt.Ltd.

For the next 8 years, there was no looking back in Raju’s life. His company was the first to implement a campus-wide thick Ethernet-based computer network.

While talking about his professional life and its achievements, he added, ‘We were the networking vendors of CDAC for their first PARAM Supercomputer having installed the first 1 Gigabyte network infrastructure. Then came the Eka Supercomputer of Tata where we worked on 40 gigabytes. We were one of the first few to implement the first (in India) 10-gigabyte data centre for an IT company in Pune. We developed expertise in fibre optics designing and implementing large enterprise fibre optic networks for various IT companies and universities across the country. We soon became the leaders in structured cabling.’

But year 2008 came as a big setback for him. He had to quit the very company he founded because of some family issues.

His life mantra is to never give up. So, he started again with a new company Konnet Solutions Pvt Ltd. Today, Konnet Solutions is a leading system integrator of Cisco with PAN India operations with a team strength of 48 people, growing at a CAGR of 31%.

To develop and grow further, Raju together with Dr.Seva Panda started another group company, Konnet Vian. The focus of the company was to develop a software in the field of video analytics.

So, they created an innovative software system called IDTS that automatically tests the driving skills of a candidate. Also, another pathbreaking product developed by Konnet Vian is ANPR (Automatic Number Plate Recognition). ANPR in a technology widely used in developed countries by law enforcement agencies.

Raju added, ‘Putting in 2 years of extensive research, we have developed our ANPR suite of products keeping in mind Indian conditions. It is a world-class product that can compete with the best in the world. ANPR is an integral part of the smart cities that are proposed to be developed in India.’

‘At Konnet Vian we focus on new and advanced technologies and have applied for 4 patents in the last 4 years. The current focus is the use of video analytics in drones and integration of ‘deep learning’ and AI techniques in our products.’

The one challenge that he is currently facing is about the acceptability of Indian products. To this, he said, ‘I have seen that foreign products are easily accepted by Indians by virtue of these being foreign. We have better products, but we are looked at as secondary by our own countrymen. This must change.’

Member of FICCI delegation to Israel 2013

What is your success mantra and policies in life?

While talking about his mantra and philosophy of life, he said, ‘I believe in living a simple life. I don’t like unnecessary luxuries. My dream is to create an organisation with good human values, which there is respect for every employee.  It should contribute to the well-being of our society and the nation’.

When we asked him about giving some advice to the young entrepreneurs for leading a successful life, he remarked, ‘Get into something which you like to do. Monetary gains should not be the main criteria. Risks are an integral part of the journey. However, don’t resist changes. If possible have a couple of options. And never-give-up, you could be almost there’.

Balkrishna shared his future plans. He aims to be a leader in video analytics in India and among the top 50 video analytic companies in the world.

He also added, ‘Along with my partner Dr.Seva, we will build an old age home! Nothing more needs to be said about it. We want to do it and we will do it’.