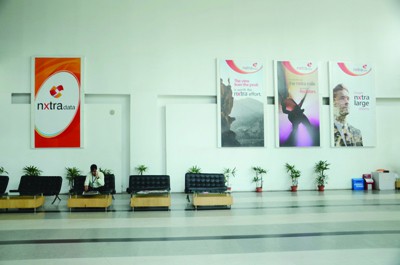 Bharti Airtel had hived off of its Data Centre and Managed Services business to its wholly-owned subsidiary Nxtra Data Ltd for Rs. 177 crore. There were speculations that Bharti may be looking to unlock value by divesting stake in Nxtra. Some even raised doubts about the healthy future of the entity itself. Neil Pollock, an Australian who came to look at the Airtel data center services business a few years earlier, though was not among the doubters. After all, he came to India to check the potential of growing a data center managed services business and after reviewing the technologies available and market potential, he had a strong belief that Nxtra Data business would flourish in India.

The reason for hiving off the data centre business was because it allowed us to provide customers more services. Previously, it was a product mindset. Also, we could now develop applications that meet customer demands and lastly we wanted to expand the customer segments we address.” Under Airtel business, the mandate was to cater to only the top 2,000 companies. While Nxtra has continued to service the big companies, it had also gone after customers in the medium enterprise aggressively.

One telecom analyst, who was amongst the naysayers in 2013, has changed his mind today. He feels that breaking away from Airtel was good for Nxtra as it was able to function as a pure play operator instead of a telecom company. The move to hive off data centre into a separate unit was a good one because Airtel as an organisation is primarily geared up as a consumer company and there were gaps in addressing enterprise issues. Nxtra has been able to put in place people and resources to fulfil the enterprise needs. 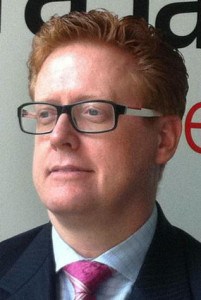 According to Pollock, one of the advantages of being a pure play data centre company was that it can be neutral when it comes to connectivity. “If a customer wants to take telecom connection from operators other than Airtel, we are open to that. Ultimate vision is that no company will have to build another data centre in India. We are doing it either by building our own or building it for someone else and managing it for them,” he added.

Co-location business, at 70%, obviously contributes the lion’s share of Nxtra revenues today. Its data centers are located at 8 strategically important locations spread across India across 1,64,000 sq ft of enormous white space area (equivalent to an international cricket stadium). There are dedicated 45 MW power to fulfill any amount of power requirements with 75 MW captive power that makes it highly dependable. Nxtra also provides N+1 and N+N redundant levels of power supply, sufficient to overpower any local power supply failure. Equipped with sufficient infrastructure Nxtra assures its clients of an SLA of 99.98%.

All sounds good, though the feeling is that most datacenter players in India, from the likes of Ctrl S, NetMagic, NxtGen, Sify amongst others, compete in this co-location space naturally making it most cluttered. Pollock agrees, but according to him, there are two different tiers of co-location businesses—the top end, where Nxtra competes while there is a lower tier where cut-throat pricing is the only criterion which Nxtra normally avoids. Therefore, even though there is commoditization in the co-location business, Nxtra’s margins there are not getting squeezed. “We have often refused deals in case there is an overlying emphasis on cost reduction only”, informs Pollock.

Managed services business and cloud business (originated in the last 12-18 months) today contributes to around 30% of Nxtra revenues, though Pollock expects this proportion o grow to between 40-45% over the next two years. The major value propositions of the managed services business include the flexibility to customers to buy the hardware on opex/capex and to procure OS licenses on SPLA model. In addition, assets can be transferred to customer after contract termination and vendor coordination and SLA tracking would be delivered as a part of service.

In terms of cloud services, Nxtra Data offers all of public, private and hybrid cloud to its enterprise customers. However, in the top end of enterprises there is more traction of private and hybrid clouds. In the mid-market space Nxta is exploring strategic partnerships with manged hosting providers like Century Link.  While Pollock admits that Amazon Web Services and Microsoft have grown the public cloud market especially in the SOHO and Micro and SMB segments, he promises to come up with a genuine public cloud offering in the next few weeks. “It will be designed in India, built and operated for Indian companies and will be budget conscious and effective,” says Pollock.

Some naysayers feel that India is not the ideal destination for setting up data centers. Pollock refutes the argument vehemently. “India represents world’s best practice in business continuity. In many parts of the world, every quarter, data centers have to go through an annual planning process where they pretend that electricity has gone off. So you fire up the generators and make sure everything is working properly to meet emergency situations. In India, we do this every day,” he says with a laugh.

Availability of power is one of the most crucial factors in running a data centre. Rising cost of diesel is a worry therefore Nxtra is using a combination of solar, wind and hydro power. The company is also looking at the possibility of using free air for cooling just like it is being done in other parts of the world. But the challenger here is to filter dust and impurities. Fresh air cooling, the company feels, is not the only way. It has moved away from traditional cooling units into water based units because it is more efficient.

The other challenges to grow the managed services business in India is owing to scarcity of talent and the processes becoming increasingly complex and expensive. These could prove to be major deterrents for the future growth of the business. Escalating real estate prices remains a challenge too. Though Nxtra has plans to expand capacity, it has changed the model for adding capacity. Instead of building 1 lakh sq ft in one go, the company plans to first establish the demand and then build capacity. “Days of build and they will come are over. You need to be smarter,” quips Pollock.