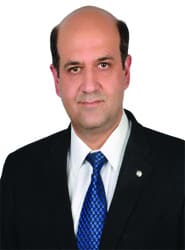 More then 20% impressions were greenfield

Customers are continuing to break impression records on the HP Indigo 10000 Digital Press. At the end of Q4, one HP customer recorded 1.6 million B2 impressions on a single press – in a single week.

In June 2014, HP announced the HP Indigo 7800 Digital Press, the fourth generation of HP Indigo 7000 series featuring even higher productivity and quality. Since then, HP has launched an enhancement package that provides significant improvements in color management and productivity per shift, new applications and media, along with upgrade kits for the installed base.

Brands are continuing to reinforce HP’s commitment to the environment with carbon neutral manufacturing for HP Indigo 7000 and WS6000 series digital presses.

In the meet held in New Delhi, One of the Channel Partner, Deepak Mehta, Managing Director, ADM Equipment Pvt. Ltd holding a strong partner base with HP added that they soon will be installing HP 10000 in February which will cost them around 12 Crore.

HP GSB is at the heart of the printing industry transformation and a source of inspiration for many print service providers and brand owners who are adopting creative campaigns enabled by HP technologies. HP shares with over 7000 HP Indigo presses in 120 countries,

In 2015, HP reached 30,000 Latex units shipped worldwide, and the HP Latex 300 Printer series achieved a market position in its category according to IDC, demonstrating a transformative shift in the sign & display industry from solvent to latex technology.

HP Indigo saw double-digit page growth in the labels & packaging segment in 2014 and continued the momentum in 2015 in labels and new packaging markets. The installed base of the market-leading HP Indigo WS6000 series doubled to 1000 units in the two years between Label Expo Brussels 2013 and 2015.

HP Indigo digital presses helped further expand the Share-A-Coke campaign globally. Since 2013, it has reached 50 countries, including the U.S., with more than 4 billion total labels printed.

In a move to strengthen its footprints in India, Komori Corporation establishes India subsidiary, Komori India…