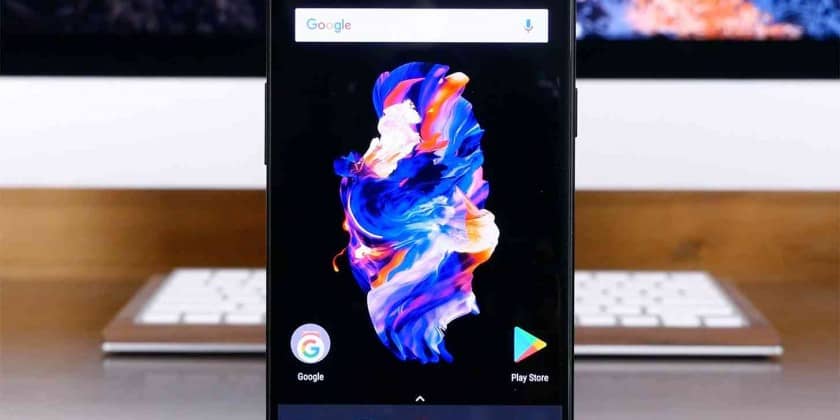 After its launch, OnePlus 5 has received positive feedback from both critics and users but some OnePlus 5 users are complaining of a ‘jelly scrolling’ issue on their devices. People have taken to official OnePlus forum as well as Reddit to discuss ‘wobbling effect’ that they are experiencing on the latest OnePlus flagship smartphone.

Some OnePlus 5 users are complaining of a ‘jelly scrolling’ issue on their devices. People have taken to official OnePlus forum as well as Reddit to discuss ‘wobbling effect’ that they are experiencing on the latest OnePlus flagship smartphone. The issue gets its name from the visual effect of compressing on OnePlus 5 screen when users scroll vertically through it. Essentially, the text is bunched together when a user scrolls through screen very fast, and it stretches as well – making it look like a wobbling jelly.

“Yep. There is no unseeing this. Definitely a bug I think. Hopefully, it is not like the infamous Yellow Screen of OnePlus One,” wrote monishkumarm on OnePlus forum. According to another user who goes by the name G_EVR, the update v4.5.3 hasn’t helped with the issue either. “With the OP5, it’s more of a rubber band effect. The screen responds quickly to input changes, but not in a uniform manner. The part closest to the input change adjusts first, and the rest follows in a deceleration/acceleration fashion,” G_EVR wrote.

OnePlus seems to have acknowledged the problem. The Chinese technology startup told XDA Developers that the company is looking in to it, though there is no information of what is causing this issue on certain devices. In a separate statement to The Verge, OnePlus said that a subtle visual effect on devices is normal. The company insisted that it uses the “same level of high-quality components as all OnePlus devices, including the AMOLED display.”
This is not the first time that users are complaining of touch screen issues on OnePlus’ smartphones. To recall, OnePlus 3 and OnePlus 3T users took to XDA forums and Reddit in November last year to discuss touch latency issues in the devices. Touch latency is the delay in response time when scrolling on the screen. OnePlus CEO put out a tweet saying the company is aware of the issue and that is looking into it.

OnePlus 5 is company’s latest flagship smartphone, highlight of which is dual rear cameras. It comes with 2.45GHz Octa-core Snapdragon 835 processor with 6GB/8GB RAM and 64GB/128GB internal storage. In India, price starts at Rs 32,999 for the base model and Rs 37,999 for the 8GB RAM variant. OnePlus 5 comes with anodised aluminum body.

OnePlus 5 gets a 5.5-inch Full HD display with a 2.5D Gorilla Glass on top. The smartphone runs Android Nougat. Fingerprint scanner is embedded into the home button. This is a dual SIM smartphone that supports 4G VoLTE. OnePlus 5 features dual 16MP+20MP cameras at the back with Portrait mode, f/1.7 aperture, auto focus, and 8x zoom. The front camera is 16MP with selfie flash.

OnePlus announced a first of its kind doorstep repair service, designed to deliver a premium…

Samsung soon to emerge as the leading chip maker

After dominating the smartphone market all across the globe, Samsung is all set to emerge…