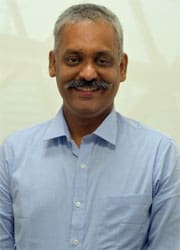 The tussle between the online and the offline partners is an ongoing one. In an interaction with DQ Channels, Hitesh Shah , director, channel sales, BlackBerry India talks about his unique channel strategy that is making both the critical partners co-exist without competition. With Mobile Store and Flipkart as their high named partners in the offline and online channel respectively, Shah gleams about their existing operational models and technology architectures.

What is your new channel strategy post launch of Blackberry Z3 and how much weightage do you give to online and offline partners?

The launch of Blackberry Z3 with its unique price point was in itself revolutionary as none in the industry could expect such a product. We have placed both the online and offline partners on a single platform to make a statement. Currently, the sale from online partners stands at 10% and we expect them to rise to 20-22% in the next 1.5 to 2 years timeline. Both the partners are equally critical to us and hence we are giving equal weightage to them. The online partners are at a growing stage whereas the offline counterpart has attained maturity. The online partners can be equated to a growing child who needs to be nurtured and cared so that they do not find any obstacles in executing their operations and undergoes smooth functioning of their business. In order to prevent clash between the online and offline partners, we ensure that we do not offer our product/s at very different price points.

In this ecommerce debate, do the online channel will take over the offline channel in the next 10 years?

Personally, I do not think so and fundamentally even today the decision to buy a phone is far quicker than that of a laptop. Moreover, the decision to experience in the retail space is still preferable than buying a laptop in the online space and this means making an informed decision taking longer time. The trend to buy online is primarily concentrated in the smartphone arena coupled with a few other technologies which does not require any individual to touch and feel prior to making the purchasing decision. Having said that, there is a huge market in India which is transitioning from feature phones to smart phones. This market definitely needs someone to handhold them and help them make the correct decision. So it will not be justified to say that the offline retail space will dissolve any time soon.

In which Indian region are you concentrating the partner business the most and what is your reach in the Eastern belt?

Geographically, it is difficult to pin point on any one region being more important than others. Our concentration in North is little more as we have a larger area to cover. The Eastern belt comes clubbed with the Northern belt but we measure East separately. 11% of our business comes solely from the East. We are also present in the key cities of North East as well. We do not have a partner in the remote locations of North East but it is catered to by the zonal distributor. For instance, a Guwahati distributor takes care of the Mizoram customers as we do not have our own presence in Mizoram.

What is the criteria behind attracting partners?

There are couple of elements that are considered while choosing our partners. Starting from the reach of the distributor, the kind of experience you are known to give to the end customer and the payment cycle that the partner is known to adhere to. These are few of the fundamental factors we keep in sight to ensure that our partners give the best experience to the end consumers.

Posted by: Ishleen Kaur
View more posts
Tags:BlackBerry, Blackberry Z3, Flipkart, Hitesh Shah, Mobile Store
“The online partners are at a growing stage whereas the offline ones have attained maturity” 0 out of 5 based on 0 ratings. 0 user reviews.
Championing Himself
Trends for Next Generation Enterprise Software

BlackBerry Limited announced it has been positioned by IDC, as a ‘Leader’ within the IDC…