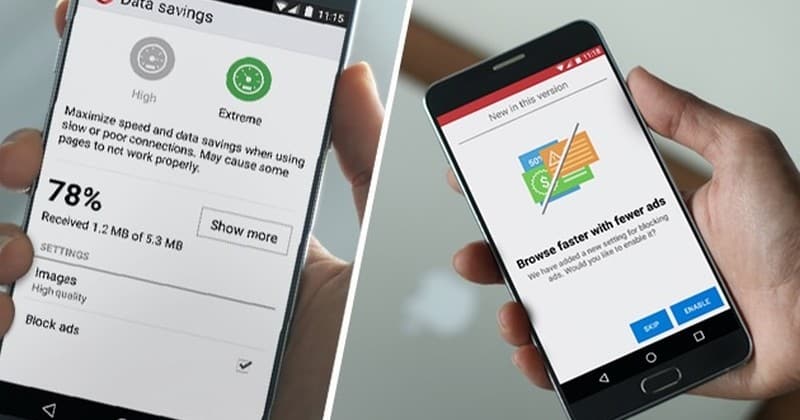 Opera had earlier come up with the first ad-blocker on the desktop and now the company has extended the feature to its Android browser as well.

Opera has announced that its Opera Mini browser for Android now has an integrated ad-blocker. The company also announced a free VPN bundled with its desktop browser last month, and at the time, the company had stated that it would be launching a free VPN for mobile users soon as well, NDTV reported.

Ad-blockers are a category that’s generating a lot of interest at the moment – Samsung’s pre-loaded browser for Android also added ad-block support, and there are a number of ad-blocking apps available right now.

“Opera is the first browser company to offer an in-built ad blockers on various platforms. Our speed test shows that online ads slow down the browsing experience. Now, with Opera, you can browse a lot faster than, for example, in Chrome,” said Lars Boilesen, CEO, Opera.

People rely on apps a lot more than just browsers while using the Internet on the mobile. For this reason, Opera will be rolling out its free VPN as a standalone app that will work with all the apps installed on your phone.

Opera is not the most preferred browser. Google Chrome is far ahead of Opera and hence, Opera hopes to capture a larger share of clients by providing in-built ad-blocker to the users. Further, nowadays a lot of websites rely on ads for revenue. Hence, a browser like Opera may not be preferred for these website-makers. However, the people may like it because they face a lot of problems while accessing websites because too many ads are blocking both loading the websites and visibility of texts.