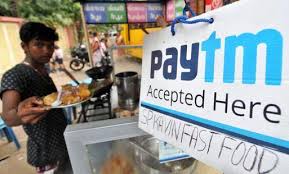 Paytm announced that its user base has crossed 200 million Wallets. Within just three years of launching the Paytm Wallet, the company has reached crossed this milestone, making it the most widely used and accepted payment method in the country.

Paytm’s quick and hassle-free payment system has seen it emerging as the preferred method of payment for a wide variety of use-cases ranging from mobile and DTH recharges to electricity & water bill payments to payments in the offline world for milk booths, grocery stores, pharmacies and parking among others. The company’s strong set of use-cases and intuitive user interface has triggered mass adoption by both consumers and merchants, creating a network effect across the country and gaining significant volumes in a short time.

Speaking on the announcement, Deepak Abbot, Snr. Vice President – Paytm said, “At Paytm, our goal is to help merchants and consumers transact digitally at zero extra cost. Reaching 200 Mn registered users and more than half a million users on a daily basis is a great showcase of the country’s trust in our payment solution and reaffirms our belief in the need for a quick and easy cashless payment method. Going forward, we would continue to drive strong consumer-focused innovation in the category to reach the widest set of merchants and consumers in India.”

The company has also registered strong growth across its newly launched use-cases including tolls, canteens, parking and healthcare among others. This is a great showcase of how fast consumers and merchants across India are adopting the company’s newer services. It has also launched a 24*7 Merchant Helpline to assist merchants across India accepting payments using its cashless payment solution.

Paytm has undertaken several unique initiatives to help the country’s small and medium merchants start accepting digital payments at zero cost. Its ‘Each One Teach One’ initiative invited volunteers to inform their neighborhood about the benefits of digital payments. It has made its platform available in 10 different regional languages – Hindi, Tamil, Telugu, Gujarati, Marathi, Bengali, Kannada, Malayalam, Oriya and Punjabi thereby resulting in a 5x traffic increase for the platform from smaller towns.