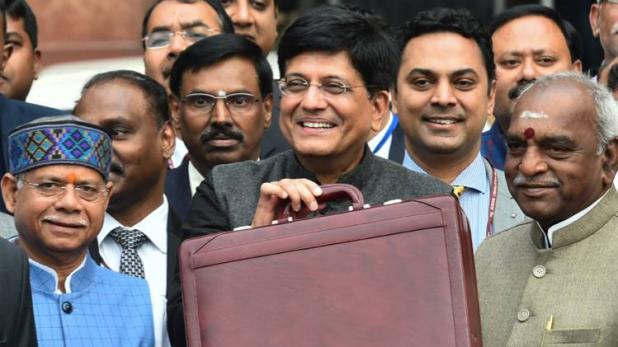 Union Budget announced by Finance Minister Piyush Goyal is getting overall mixed reactions from IT industries. Here’s have a look at Post Budget Reaction what industry leaders are thinking about the Union Budget whether the expectations being up-to the mark or not.

“Three key buckets of changes proposed (1) higher personal disposable income due to higher tax rebate for up to 5 lacs (2) higher rural disposable income because of farmers package, interest subventions etc (3) real estate and  housing sector proposals like no notional tax on second home, capital gains tax exemption for 2 homes and no notional tax for unsold real estate inventories up to 2 years – all these three buckets of changes are potential game changers for entire economy and Consumer sector in particular.”

“A progressive budget! Taking into account the issues being faced by small enterprises and addressing these, will definitely have a positive impact on the startups, thereby leading to more jobs for youth.”

“The restriction of GST at upto 5% for daily use items is a relief for consumers at large, and shall help in increasing revenues and sales for retail businesses.”

“The new national scheme announced by the government on Artificial intelligence is a futuristic scheme which will promote the use of technology and digitisation. The government’s efforts in providing the necessary AI support required by startups, further emphasises the role that new technologies will play in the development of the economy. Efforts to establish 1 lakh digital villages is also a positive step towards strengthening digital penetration in rural India and will  significantly increase the adoption of digital platforms across the masses.”

We laud the budget presented by Piyush Goel today and believe it is a populist budget overall. Mr Piyush Goel announced 9 top dimensions to this budget and Make in India and Digital India were central to it. Expanding rural industrialisation using modern digital technologies to generate massive employment is the Fourth Dimension of the vision. This will be built upon the Make in India approach to developing grass-roots level clusters, structures and mechanisms encompassing the MSMEs, village industries and start-ups spread in every nook and corner of the country. India is now on the way to becoming a global manufacturing hub in various sectors including automobiles and electronics, defence and medical devices.

“Startups and the industry can take clues out of the various topics touched upon in this budget, to understand the direction and focus. Startups will have an integral role to play towards Vision 2030, it’s a great opportunity.

The concept of Digital villages and rural industrialisation opens up great avenues for companies & start-ups like us in the IOT & AI space, as well as for those working on building digital infrastructure of a connected India”

Would be obliged if you could consider the same in your esteemed publication.

“This is indeed a budget for the people, for the benefit of every section of our society.  Keeping the best for the last, our Interim Finance Minister Piyush Goyal affirmed that the tax verge would be made simpler, in an enormous relief for middle class taxpayers, his statement on full tax rebate on annual income of up to Rs 5 lakh, along with standard reduction increased from Rs 40,000 to Rs 50,000 is indubitably wooing countryside, middle-class before election. For senior citizens, the mega pension scheme ‘Pradhan Mantri Shram Yogi Mandhana Yojna’ that covers people from both organised yet unorganised sectors assuring monthly pension of Rs 3000 once they reach 60 years of age is also an applauding walk. Not to mention, I’m impressed with the government’s remarkable plan with PM Kishan programme, besides creating a healthy India, with pollution-free and widespread wellness system for all.”

“The Government, in its Budget 2019 today has articulated a compelling vision for India, both for the medium and long term. It has provided direction, and a finite and ambitious goal for India, of becoming a USD 10 trillion economy by 2030. I look forward to the details and to the Government marking progress against it. For the short term, this is a budget that has something for everyone, but more particularly the middle class, the agricultural community and marginalized sections of society. The sense of inclusion, financial as well as welfare is welcome and much needed to build the force for a stronger nation that can march towards what I call Vision 2030.”

“This Union Budget reflects the Government’s commitment to digitalisation as a right step to help India gain a rightful place on the global technology map. Being one of the leading manufacturers of storage & memory solutions, we believe this initiative of extending a strong digital infrastructure to villages will facilitate significant penetration of computing-capable devices, hence further fuelling the growth of Data centres, internet-of-things and profitability of businesses. The Government has also envisaged a national programme on ‘Artificial Intelligence’ which is a progressive step towards leveraging technologies in every sector of economy impacting the life of all citizens. As Kingston has already contributed towards enhancing the productivity of businesses, we are also looking forward to encouraging the Government’s vision of building an exceptional digital infrastructure for our nation till 2030. We see a great potential in the aim of achieving country’s growth by leveraging digital technologies as it will further encourage innumerable initiatives to promote digital literacy in the country, and millions of opportunities in this eco-system.”