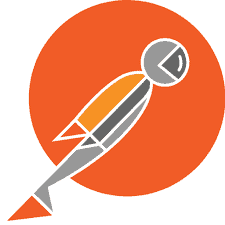 Postman has released its 2017 State of API Survey. This survey of the Postman API community around the world was completed earlier in 2017 and asked a variety of questions about API usage, technologies, tools and concerns.

API use is exploding among developers, as APIs are an essential part of software development for the web, IoT, mobile and AI applications. APIs allow a developer to create programs or apps that can successfully request services or data from other applications or operating system. This connectivity, though powerful, is complex, and that complexity grows with new apps, new hardware such as the new iPhone and Echo, and the creation of new APIs. “This new research focuses on what developers are facing as they work with the growing API ecosystem and is informative for anyone involved in a development organization,” said Abhinav Asthana, Postman’s co-founder and CEO.

Full results of the research are available from Postman. Key highlights include:

“These numbers are interesting and, as with any survey in a fast-developing area, they allow us to see the rise of microservices as enablers and backend for APIs,” said Holger Mueller, Principal Analyst and Vice President of Constellation Research. “It’s no surprise that developers would like to see better documentation of APIs but at the same time often are less motivated to document them. Whoever breaks that paradox will create an important milestone in the journey to the API economy.”

“We conducted this survey so our entire community could better understand the API ecosystem from the developer’s perspective,” said Asthana. “The Postman community is made up of API power users, and their insight about APIs and how to work with them should inform the direction of the industry.”