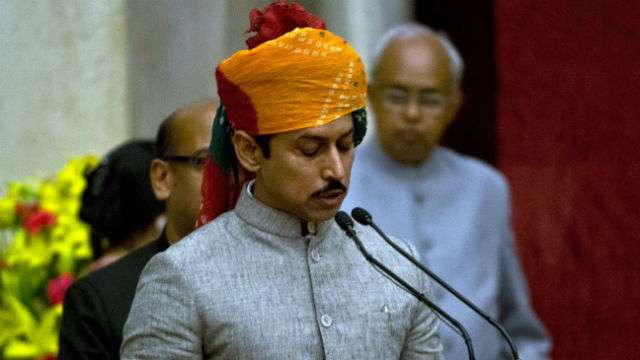 Following Prime Minister Modi’s visit to Washington, DC on June 25th, Sunny Kaila, CEO of IT By Design (ITBD), a US based global IT infrastructure support firm took no time to expand in Noida. This expansion is the result of PM Modi’s assurances to American CEOs investing in India. Sunny Kaila was one of the invitees in PM Modi’s Indian American Leaders Summit in Washington in June.

The new office of ITBD was inaugurated by Col. Rajyavardhan Singh Rathore, Minister of tate (Independent Charge) of the Ministry of Youth Affairs & Sports; Minister of State in the Ministry of Information & Broadcasting and a former Olympian on Monday, September 04, 2017. After the ribbon cutting ceremony, he congratulated the entire team of ITBD, and said, “Prime Minister Modi is a great visionary who started various programmes and schemes to make India the most favourable nation for global businesses and investors. India’s efforts in reforming the taxation and licensing policies are well appreciated by economists all over the world, and we are keen to pursue our commitments.”

ITBD is a New York based IT Infrastructure Management Company, with offices in Jersey City, Tampa, Vancouver (Canada), and Chandigarh (India). Its new office expansion in Noida is equipped with world class facilities and state-of-the-art infrastructure.

Delighted to see the overwhelming audience at the inauguration ceremony, Sunny Kaila(CEO – ITBD)said, “ITBDs expansion in India reaffirms our commitment to grow with India, and choose it as a top ITBD FDI strategy, even during the harsh political climate created under the Trump Administration. We are immediately investing $2 million US Dollars (amount) in our Indian expansion.”

Reiterating the statement of Sunny Kaila, Kam Attwal-Kaila (President & Brand Ambassador) – ITBD) said, “This initiative is a milestone for our organization as we move forward with further investments in India and reaffirm our organizations commitment to both India and the NCR region. The Noida expansion assures immediate hiring of more than 200 IT professionals, including Infrastructure engineers, network engineers, wintel engineers and technical helpdesk support engineers. We are investing in the growth of India’s knowledge economy.”

Delhi Delhi officially the National Capital Territory of Delhi, is a city and a union territory of India. It is bordered…

Noida Expressway to have free Wi-Fi

Nodia Authority is planning to set up Wi-Fi spots on the Noida-Greater Noida Expressway by March 15. This will offer free Wi-Fi…