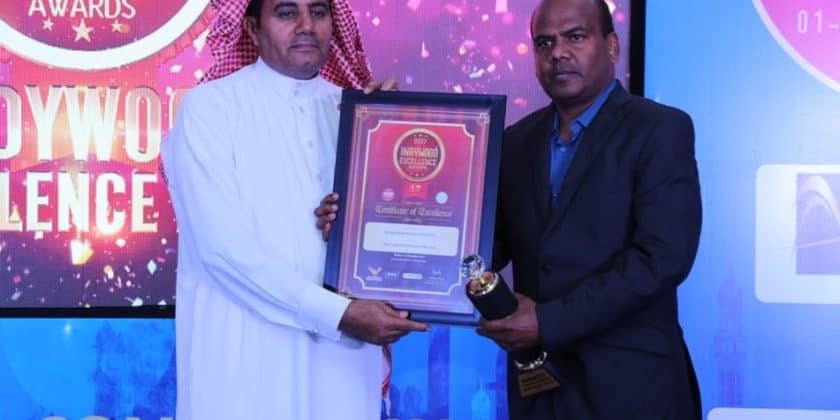 Adding one more feather in its cap, Rashi Peripherals has won the prestigious Indywood IT Excellence Award 2017. The distribution power-house was conferred the ‘Most Valued Distributor of 2017’ award for its exemplary contribution to the growth of the Indian IT industry.

The Indywood IT Excellence Award 2017 honoured the remarkable contribution of IT organizations and individuals in the development of IT products and services.

Headquarter in Mumbai, Rashi Peripherals is India’s leading IT and Mobile distribution company having a presence in over 750 districts, through its wide network of 50 branches, 50 service centres and a robust ecosystem of 9000 + partners. The company was honoured for its contribution and efforts towards the development of the distribution and channel ecosystem in the country.

Commenting on the award, M. G. Prasad, Branch Head, Telangana at Rashi Peripherals said, “We are honoured to receive the Indywood IT Excellence Award. Started journey 28 years ago, we are today known among the top 5 IT distribution houses, growing consistently at 25% CAGR you.

We have worked extensively towards building brands and nourishing the channel ecosystem in India. We are thankful the organizers and the government of Telangana and for recognizing our efforts and we will keep contributing the best to the industry.”

Among the top five IT distribution companies, Rashi Peripherals is one of the fastest growing distributors, aspires to become a one-stop shop for all the IT requirements of Indian consumers.

The company has the most diverse portfolio of Components, Peripherals, PC, Networking and Mobile business and has a strategic tie-up with world-renowned PC and Mobile brands such as Apple, Google, HP, Lenovo, Dell, Asus, Intel, AMD, Logitech, ECS to name a few.

Value addition has always been a major thrust at Rashi Peripherals. The company is known in the industry for its value-add support and unique channel initiatives. It’s initiatives such as ‘Promotion of Personalized PCs’ and Channel Business Forum (CBF) were highly applauded among the channel.

The company’s continuous efforts towards channel development fetched Rashi Peripherals the ‘Most Channel Friendly’ company by GFK in FY 2014. The company has also won several prestigious awards from vendors and media publications.

The Indywood IT Excellence Award 2017 is a part of Project Indywood, a US$10 Billion Project to be initiated by a consortium of 2000 Indian corporate and Multi-Millionaires.

The award was bestowed upon enterprises to recognize their efforts that have made a huge impact on the industry. The event was supported by the Government of Telangana, Ramoji Film City, and All Lights Film Society.

In a bid to ignite the passion for sales among its channel community, Rashi Peripherals…

Rashi Peripherals announced the launch of the much awaited “Touching Everyone’s Life (TEL)” event. Organized in…

Rashi Peripherals has announced distribution partnership with TP-Link, a global provider of reliable networking devices and…