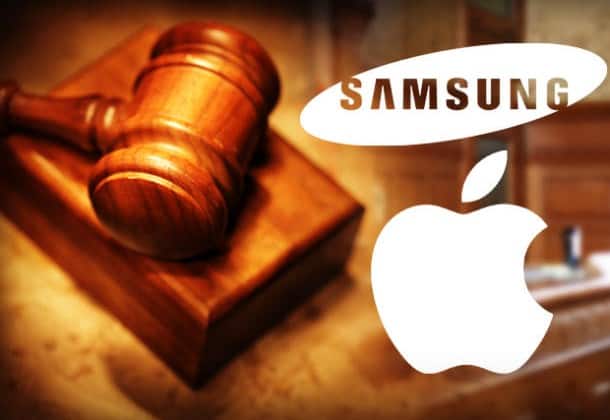 The legal tiff between Samsung Electronics and Apple is not a new tale to tell. However, this time around Samsung may end up saving arch nemesis Apple.

In a judgment passed in February the jury said that iTunes service infringed patents owned by Texas licensing firm Smartflash LLC. For this Apple has been asked to pay about $533 mn.

Recently, Samsung, was sued over the same technology, convinced US regulators to review whether two of Smartflash’s patents should have been issued in the first place.

If a review board at the US Patent and Trademark Office tosses those patents, it will not only benefit Samsung but also Apple — the company it spent four years battling over smartphone technology on four continents.

“Can Apple put off paying any damages until there’s resolution of the Samsung case?” said Justin Oliver, who heads Fitzpatrick, Cella, Harper and Scinto’s office for contested patent office proceedings. “If it’s forced to pay damages, it’s very difficult to get that back.”

Smartflash’s patents cover ways of controlling access to digital data through payment systems. The inventor, Patrick Racz, originally sought to commercialize the invention in 2002 with pop singer Britney Spears, according to the complaint.

A patent agency review board issued preliminary findings this week that the patents aren’t eligible for legal protection because they cover abstract ideas, not actual inventions. A panel of judges will consider arguments from both Samsung and Smartflash before reaching a final decision in about a year.

The odds of Smartflash winning the case aren’t good, based on the agency’s prior reviews. In the small number of cases based on claims that the invention was an abstract idea, 100% were found ineligible for patents, according to a study by the Fitzpatrick law firm.

Smartflash’s lawyer said the company has been through this fight before. The district judge that presided over the trial already considered the same issue and sided with Smartflash, said Jason Cassady of Caldwell, Cassady & Curry in Dallas.

“This is just the institution” of the review, Cassady said. “It’s a little different than most cases and we feel confident.”

Working against Smartflash is a US Supreme Court decision last year that scaled back the type of software inventions that are eligible for patent protection. The high court said that merely having a generic computer do an established business method isn’t really an invention. The agency’s preliminary decision put Smartflash’s patents squarely within the Supreme Court’s ruling.

“Once that determination is made, it’s a very high burden to reverse that in trial,” Oliver said. Smartflash’s patents “puts them in a category of patents that are more susceptible to challenge.

Samsung didn’t file the petitions to save Apple though its hearing is scheduled for an August trial in Tyler, Texas, though Samsung may ask that it be put off until the patent office completes the reviews.

In the suit, Tyler-based Smartflash claims Samsung’s Media Hub uses the technology without paying royalties. In all, six Smartflash patents were asserted against both Apple and Samsung. The patent office has already agreed to review five of them. Some were based on Apple petitions, and the most recent on Samsung petitions.

The appeals court that specializes in patent law will hear both Apple’s appeal and consider the patent office review.