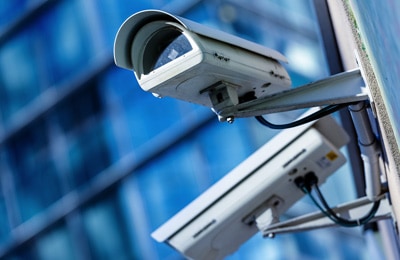 The report is an analysis of Indian surveillance market aiming to provide the insight picture of the market.

Video surveillance need has grown in India specially when talking about this era of technology. Video surveillance is very important in terms of maintaining social control, recognize and monitor threats, and prevent or investigate criminal activities.

Whether it is the Mercedes hit-and-run case in Delhi or the Bangalore molestation case, CCTV cameras have always helped in law enforcement and investigations.

These have proliferated across our public spaces in the last few years, mutely observing our movements. It is the police, shops, companies and individuals also who installs them.

Public safety has emerged as an important function for governments across the world. As cities continue to grow, video surveillance becomes the primary tool to monitor population movement and to fight crime as well.

The report involves three chapters talking about surveillance role in security, the safe and secure cities around the globe, and the current scenario of video surveillance in India, respectively.

Further, the report includes some recommendations for different sectors like government, commercial, residential, institutional and industrial too.

The report points out the government to focus on identifying the context-specific needs and use the best practices as a base, and determine the needs and define objectives. However, as the various city functions are becoming more interdependent, it is evident that the security within public segment perimeter needs investment in latest video surveillance technology with highest-resolution cameras, best quality analytical tools and highest capacity storage.

Rashi Peripherals has added one more prestigious accolade in its basket. The distribution powerhouse conferred…